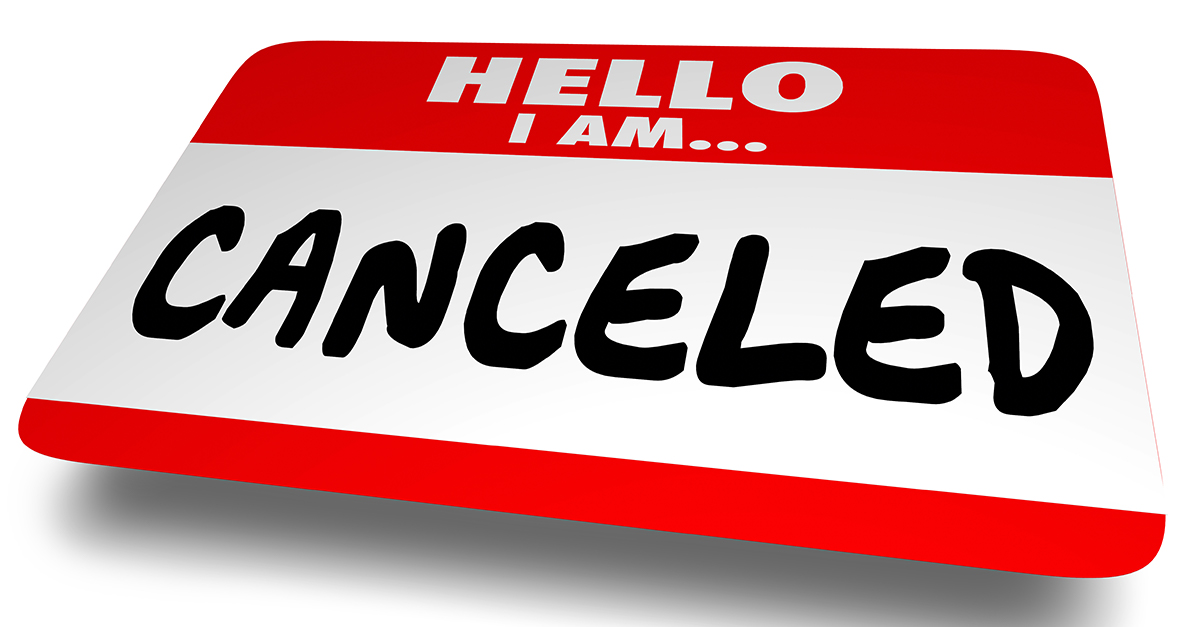 When I was a child, I watched a ch­urch youth group “skit” where a group of teens made fun of the Political Correctness (P.C.) culture. One character in the skit would stop the other in the middle of every sentence because they said a word or phrase that was not “P.C.” It went on like this for 10 minutes, and the non-P.C. character, who was completely clueless as to which words were suddenly off limits, eventually gave up and quit talking. And so, the P.C. character got to dominate the conversation, “winning” this seemingly benign little battle over language.

That was 20 years ago, and the terms and control over what we can and cannot say have only grown. If you look back at the skit I watched as a young boy, the person who was offending the P.C. person never fought back. They never said, “You are wrong for these reasons.” They never took a stand, never fought to hold their ground. They politely let the other person dictate which words and phrases are okay to say and which are not. Time and time again, that is happening in our culture — to the point that we are in danger of losing not just the small battles but the entire war.

Conservatives don’t ever want to offend anyone and are not willing to fight for what is right. We are not willing to say, “Enough is enough,” no matter the consequences. It is the equivalent of having a child that you keep giving into, whether it’s giving them candy or letting them watch as much T.V. as they want, instead of just saying no and dealing with the temper tantrum. If you don’t address the behavior at some point, the child will eventually grow to know that you will always give in to avoid the meltdown — the result being a spoiled brat who gets whatever they want and runs the family.

Now we’re seeing this reality duplicated in institutions and social interactions across our country. This reality even has a name: cancel culture. And it is winning because it thrives on the other person not fighting back.

Imagine, if you will, a battlefield made up of many hills. Because one side actually cares about its troops, they decide that not all hills are worth fighting for and dying on — that side will only engage on the most strategic hills. The other side, however, sees its troops as expendable and will fight for and die on every hill — no matter the cost.

The latter is essentially the mindset of today’s left. They will passionately fight and claw, break rules, and roll over top of even their own soldiers in pursuit of every inch of territory in their battle for control. The former describes conservatives and even moderates. Not only do they not fight for all the hills, they don’t even really fight for the most critical hills that could determine the final outcome of battle. Instead, when the fighting gets too fierce and potential losses too costly, they give up and retreat. Not only that, at the next hill, instead of fighting at all, they wave the white flag and start negotiating. “If you let us have this big hill, we’ll give you those two little hills over there,” they offer. The left agrees to the terms, but then later breaks faith and goes after the big hill the right negotiated for — until it too is under its control.

Please don’t take this out of context. The imagery of fighting that I’m providing is a metaphor, not something to be taken literally. But as conservatives we are engaged in a battle — only a battle for ideas and policies and principles. But everyone on the right and in the middle has become so afraid of being criticized or “canceled” that they never speak up for good ideas or even individual liberties. They’re so scared of the left and its Twitter and media mobs that they don’t even fight for those who do courageously speak up at risk of being bullied and canceled.

This is true even in Congress. I never see any conservatives actually fight for conservative policies or for those who are casualties of cancel culture. Most of them have retreated to a few safe hills in hopes that they can hold back the unrelenting force that is left-wing policy.

The politicians on the right didn’t fight back, and so in just three years, our country has gone from allowing the removal of Confederate monuments to erasing our forefathers and heroes from our public schools. It’s not enough that history is no longer being taught in schools, it’s now being edited and openly revised. With the left on the march, it won’t be long until the “facts” of American history will be unrecognizable.

So how can conservatives “push back” in a way that starts moving the needle back towards the center? Here’s one suggestion: We should be advocating for naming more schools, more federal buildings, more public lands after our forefathers. We should be petitioning for two statues to be made of our forefathers for every one that has been removed.

Here’s another suggestion: Use symbolism to make your point. The left does it all the time. They routinely illustrate their political message, whether it’s wearing a hood to mark the death of Trayvon Martin or wearing white in honor of women’s right to vote. Why don’t conservatives or moderates ever do this? Why don’t they wear red to show how many babies are murdered by abortion and why don’t they wear it every day until policies start getting changed? Why don’t they wear black in Congress to represent the deaths of babies that will be murdered after more “women’s rights”policies are passed? Why don’t all conservatives and those concerned with civil liberties wear face masks that read “Censored” or “1984” as a way to highlight the war on free speech and encourage people to start fighting back against it?

Everyone needs to stand up and fight against cancel culture. Above, I addressed some ideas for how leaders in Congress can stand up, make a difference, and fight for what is right, but how about you? What can you do in your life to push back on cancel culture? Conservatives need to model the tactics that the left excels at — only they need to use those measures to advance good policies and the truth, rather than to control and cancel people.

One thing the left is great at doing is mobilizing support. At the drop of a hat, they can have hundreds, thousands, and sometimes even hundreds of thousands out protesting for a cause they believe in. Another thing they excel at is using messages and symbols that tug at people’s emotions.

Use those to advance conservative causes. Don’t like Amazon’s censorship and illegal monopolistic practices? Stand up for free speech and fair competition by starting a local group that peacefully and routinely protests outside Amazon factories and office locations. For example, everyone could wear a mask that reads “censored” or “bullies” to let them know that their takedown of the Parler social media platform is unacceptable and un-American.

Want to take a stand against children dying in the womb? Have a march on city hall every Sunday after church with everyone wearing red to symbolize the gruesome reality of the practice and the blood on the hands of city officials who allow Planned Parenthood to kill children and exploit women in their community.

We need people willing to be a part of groups willing to mobilize and win over the hearts and minds of America by crafting messages that not only tug on people’s hearts but also tell the “facts” and impact of left-wing policies.

When conservatives don’t fight back, cancel culture wins. We need to start standing up for truth, and our leaders need to start fighting for our right to speak that truth. If we don’t start soon, I’m not sure we will have much more ground to lose.

DON'T MISS
Virgil Walker: A Response to a Racist Letter