Home ›Abortion›Biden reverses most of Trump’s pro-life efforts, choosing political expediency over the tenets of his Catholic faith

Biden reverses most of Trump’s pro-life efforts, choosing political expediency over the tenets of his Catholic faith 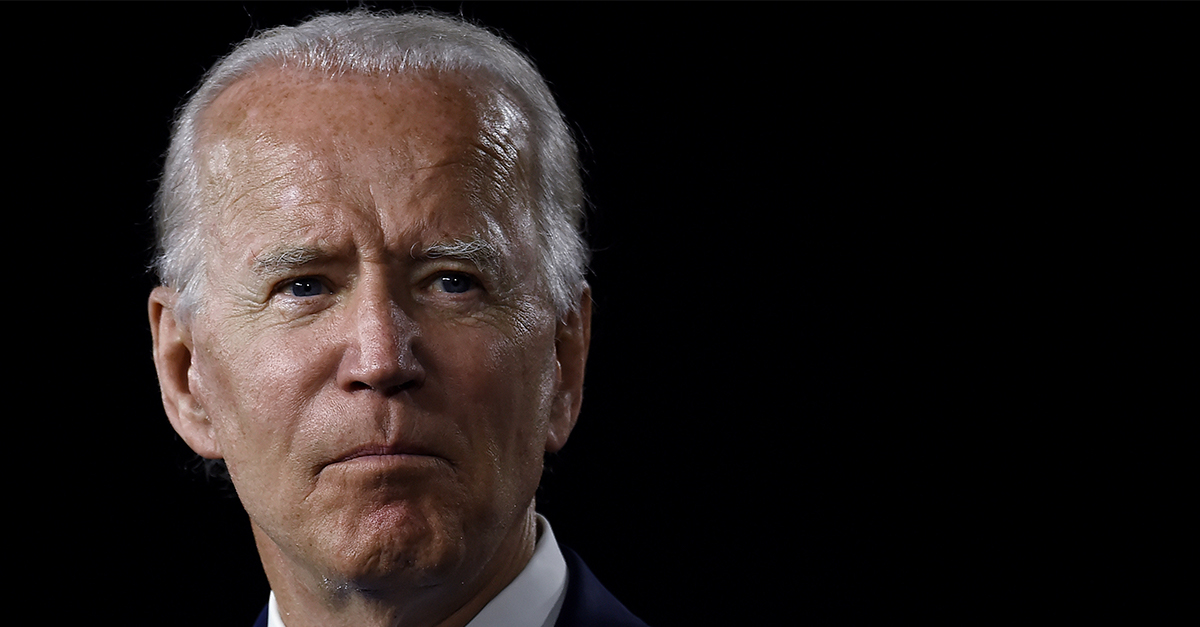 During his first days in office, President Joe Biden signed multiple executive orders that effectively squashed the progress that President Trump made in support of pro-life policies. Biden’s orders will have far-reaching consequences on the potential lives of unborn children — both at the national level and globally.

Biden made good on his campaign promise to support pro-choice policies, utilizing his executive power to do just that during his first 10 days in office. His actions have naturally drawn strong opposition from pro-life groups, while the media and America at large are celebrating the new President’s actions.

Issues matter in elections, as pro-life Christians are now realizing. A lot of people didn’t like President Trump’s tweets or his more bombastic tone, but his actions and policies were more supportive of the pro-life agenda than any president in history. Unfortunately, President Biden has chosen to undo most of that progress in a little more than a week.

In signing two pro-abortion executive orders, Biden noted that his intent was to “undo the damage Trump has done.” He began implementing his stated pro-abortion goals by rejecting the Mexico City Policy, which is sometimes known as the abortion “gag rule.” This U.S. government policy, which was first proposed by President Ronald Regan in the 1980s, banned the U.S. Agency for International Development from sending U.S.-provided monies to foreign groups that perform abortions, including International Planned Parenthood; in addition, any foreign organization that receives U.S. dollars is not allowed to promote abortion as a method of family planning. Each president has had the option of enforcing the Mexico City Policy or rejecting it. Biden’s order ensured that every Democrat who has served as president since the policy’s inception has withdrawn their support for it (conversely, every Republican president has supported the policy).

Biden noted in his executive memo that President Trump had expanded the Mexico City Policy to include all executive agencies and departments that provide global health assistance. As a result, the global abortion industry suffered $107 million in losses, according to some government estimates.

The new President stated his rationale for removing all of the Mexico City Policy protections by writing: “It is the policy of my administration to support women’s and girls’ sexual and reproductive health and rights in the United States, as well as globally.”

The Biden/Harris Administration made these moves despite overwhelming evidence that the majority of Americans oppose using taxpayer monies to pay for abortion. The most recent report showing this reality is the January 2021 Marist Poll, which found that 75 percent of Americans, including 55 percent of Democrats, are against using taxpayer funding to pay for abortions in other countries, while 60 percent don’t want U.S. tax dollars used to pay for any abortions, including for American women.

In October, the United States co-sponsored and joined 34 other countries in forming the Geneva Consensus, a nonbinding international anti-abortion declaration with the U.N. Secretary General. Biden announced that he is withdrawing the U.S. signature to that declaration.

Ironically, President Biden is a practicing Roman Catholic who was once so opposed to abortion that he was considered one of the most pro-life members of the U.S. Senate. In 1981, for example, he proposed the Biden amendment, which prohibited foreign aid from being used for any biomedical research related to abortion, and he even voted for a constitutional amendment that would have allowed states to overturn the decision reached in Roe v. Wade.

Pro-life advocates are appalled at how far Biden has moved away from his original pro-life principles. Lila Rose, president and founder of Live Action, said in a press release that Biden should be “ashamed” for turning his back on vulnerable unborn children, describing January 28 as a “dark day for our nation.” She added:

“The NY Times’ proclaimed ‘most religious president in half a century’ is now forcing taxpayers to pay for abortions internationally, directly targeting the vulnerable women and children that actual religious observers like Mother Teresa came to serve. Instead of leaning into the American promise engraved in the Statue of Liberty: ‘Give me your tired, your poor, your huddled masses yearning to breathe free,’ Biden targets other nations and funds programs which dismember and kill their most vulnerable children.”

Marjorie Dannenfelser, president of the Susan B. Anthony List, noted that the Biden/Harris administration is pursuing an agenda that the majority of Americans don’t want.

“Rather than rally the nation around common ground policies to affirm and promote life, today they force taxpayers to bankroll abortion businesses overseas, opening up a slush fund for groups like Marie Stopes International and the International Planned Parenthood Federation … These abortion industry giants shamefully push their agenda on deeply pro-life nations and cultures.”

Biden’s actions show that he is not only focused on enforcing his progressive agenda in his own country but that he is also set on expanding it beyond our borders. He and his administration have taken it upon themselves to decide whether or not unborn babies have value — not just nationally but globally. What’s more, he is taking American taxpayer money against their will and using it to promote and fund murder across the world. Forcing Americans to pay for the genocide of defenseless boys and girls is gruesome and unacceptable.

However, what we must understand is that the value of life is not something that the government decides. It is unequivocally determined by God, the Creator of life. Boy or girl, disabled or healthy, planned or unplanned — all babies have been divinely given life and value.

Genesis 1:27 states, “So God created mankind in his own image, in the image of God he created them; male and female he created them.” This is not a political issue; it is a biblical issue that Christians especially need to understand correctly. Prayer, fasting, repentance, and faith need to be our weapons in this war that will only be won by God’s power.

62 million babies have been aborted since the Roe v. Wade decision made abortion legal in 1973. More will be lost if the Church is not faithful to proclaim biblical truth about life, regardless of what it costs us.

UP NEXT
Reflections, Lament, and Hope from a Survivor of the Post-Roe Abortion Massacre