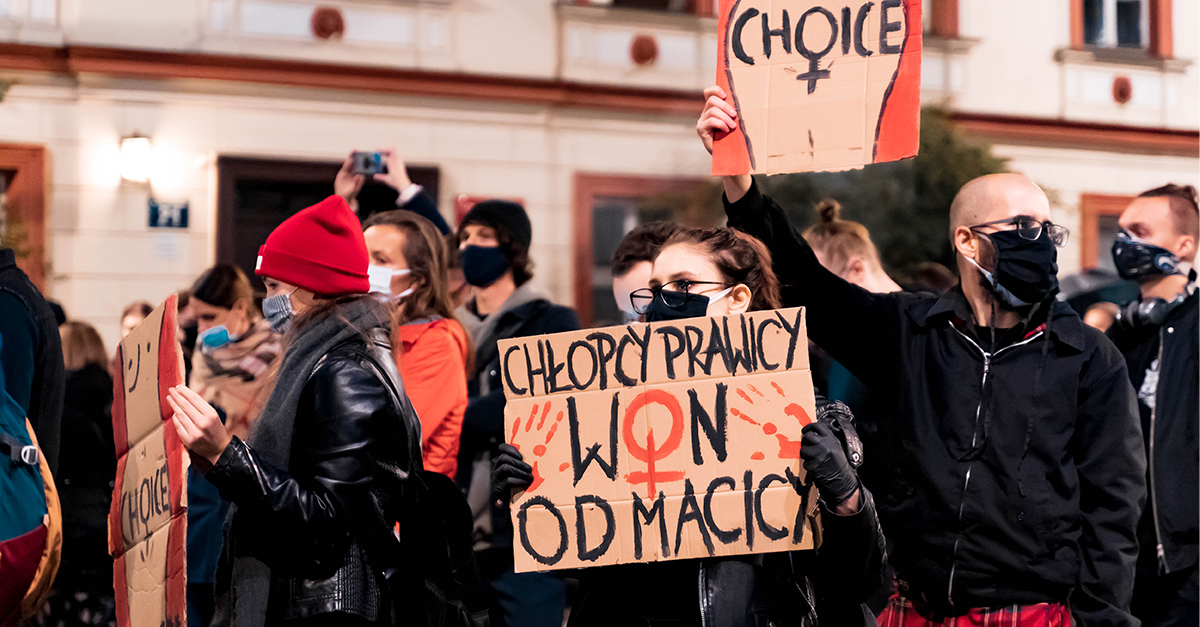 In October 2020, Poland amended its abortion law to protect unborn babies with Down Syndrome or other fetal abnormalities. The decision resulted in violent protests, and more protests have commenced since the law took effect on Jan. 28.

Poland has taken another step in defending life by amending its abortion laws to protect babies with Down syndrome and other fetal abnormalities such as a cleft lip. Poland’s constitutional court found the previous law which allowed for abortion in these circumstances to be unconstitutional. Abortion advocates violently protested after the court’s decision. Some protestors gathered again after the law took effect this week. Poland now only permits abortion in the case of a crime such as rape or to protect the life or health of the mother.

In October after a petition by 119 members of the parliament of Poland, the constitutional court reviewed the nation’s abortion law, which allowed for the abortion of unborn babies with “serious disabilities” and “incurable diseases.” The court ruled that this practice is unconstitutional.

Poland has relatively stringent restrictions on abortion, but it is permitted in the case of rape and similar crimes as well as for the life and health of the mother. The court ruled that “provisions [of the Act] legalise eugenic practices with regard to the right to life,” and also that the existing law “correlate[s] the protection of the unborn child’s right to life with the child’s state of health, which constitutes prohibited direct discrimination.”

The majority of Poland is against abortion as 75 percent of the Polish people believe that abortion is “always wrong and can never be justified,” compared to just 7 percent who said there was “nothing wrong with it and could always be justified.”

Despite their small numbers, Poland’s pro-abortion advocates are vocal and ardent in their opposition of the pro-life law. When the court made their decision, protestors took to the streets, often with violence. The protestors rioted, vandalized property, disrupted church services, and marched to the home of Jaroslaw Kaczynski, the head of Poland’s ruling Law and Justice Party. Police surrounded Kaczynski’s apartment building, preventing protestors from reaching his apartment.

“Dear Catholics, at the moment, you have a chance to oppose your church. At the moment, you partake in what is going on, in this disgusting stuff the church is doing. And this is the final warning, because you should revolt, your communities, you — engaged in the life of the church.”

When journalist Beata Lubecka argued that protestors should not enter or vandalize churches, Lempart responded, “Of course you should do that. You should do what you feel, what you think, what is effective, and what they deserve.”

Large groups of protestors vandalized churches across Poland and blocked streets. Some protestors broke into a church and stood in front of the altar and shouted, “We’ve had enough!” and “Barbarians!”

Smaller groups of protestors gathered this week to protest the implementation of the new law, and general abortion rights protests have been taking place across the globe.

It is truly an upside-down world where protecting the lives of children with Down Syndrome or a cleft lip leads to riots in the streets and rioters calling church members “barbarians.” What is truly barbaric is to kill children in the womb simply because they are different.

Some abortion advocates defend the practice with a religious fervor, turning them into zealots who see their opponents as evil. The pro-abortion movement has grown more militant and now tolerates only unfettered abortion for any reason. The Church stands in the way of their goal, leading them to target churches.

This image of the pro-life movement as the “patriarchy” and people who seek to oppress women is a farce. Pro-lifers don’t want to oppress women, only to protect the lives of the unborn, approximately half of which would be female if they were allowed to exist outside the womb. As the opposition to life and the push for eugenics and unfettered abortion increases, pro-lifers like South Dakota Gov. Kristi Noem, who recently proposed a ban on aborting babies with Down Syndrome, must continue to stand for the value of all human beings.

UP NEXT
Texas ends all Medicaid funding to abortion providers