Home ›Life & Culture›Hong Kong authorities arrest over 50 pro-democracy advocates, while Beijing warns the U.S. to stay out of its affairs

Hong Kong authorities arrest over 50 pro-democracy advocates, while Beijing warns the U.S. to stay out of its affairs 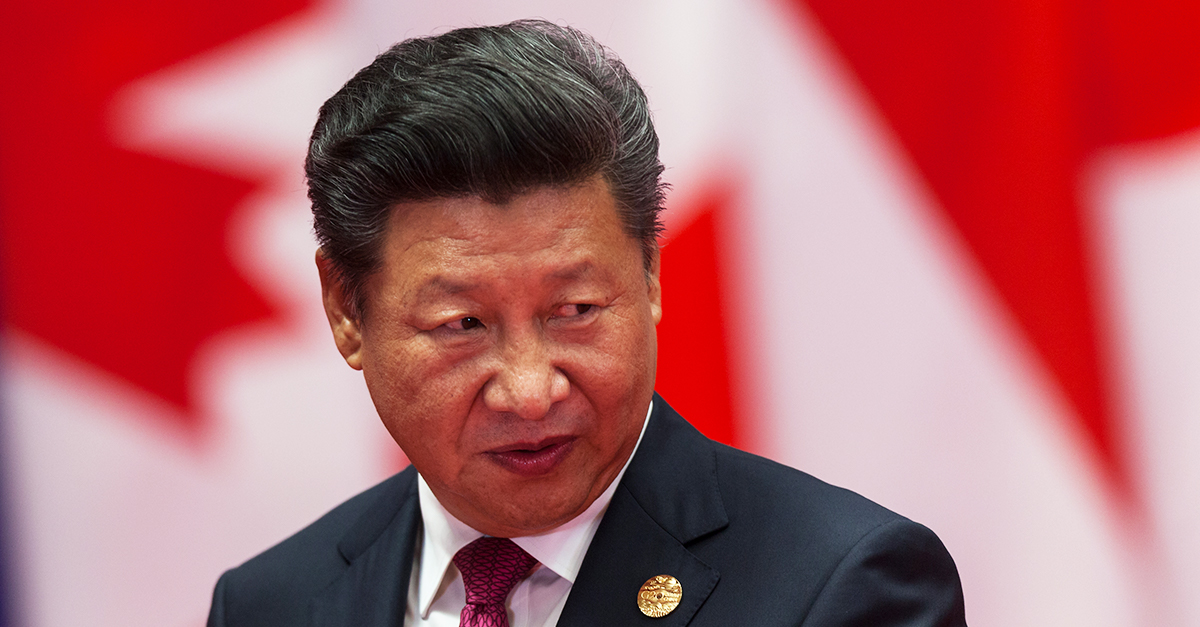 Hong Kong police took part in raids throughout the city and arrested over 50 pro-democracy advocates involved in organizing primary elections. After Joe Biden’s choice for Secretary of State voiced support for democracy advocates, China warned the U.S. to stay out of its affairs. U.K. Foreign Minister Dominic Raab has warned that China is using a national security law passed “to crush dissent and opposing political views.”

Hong Kong police arrested 53 people who had helped to organize a primary election, including a U.S. human rights lawyer. The pro-democracy advocates were arrested under a national security law that allows authorities to arrest those suspected of “subversion.” Critics claim China is trying to eliminate any opposition to total Communist Party control. After Joe Biden’s choice for Secretary of State criticized the arrests, China warned the U.S. not to interfere.

Nearly 1,000 Hong Kong police took part in over 70 raids across the city Wednesday, arresting 53 people accused of trying to “overthrow” the government. The pro-democracy advocates, including political candidates, were arrested for their roles in holding a primary election that authorities claim amounts to “subversion.”

Opposition parties held an unofficial primary election in July to see which candidate would have the best chance of winning the election to be held in the fall of 2020. Over 600,000 people voted in the primary. The election was postponed by Hong Kong Chief Executive Carrie Lam supposedly due to COVID-19.

Among those arrested was human rights lawyer John Clancey, an American citizen and chairman of the Asian Human Rights Commission.

Regarding the arrests, Hong Kong Security Minister John Lee said, “The operation today targets the active elements who are suspected to be involved in the crime of overthrowing, or interfering (and) seriously destroy the Hong Kong government’s legal execution of duties.”

Under the national security law, violators could face a sentence of life in prison.

These are not the first arrests since the passing of the national security law last summer. Previously, others have been arrested for offenses such as displaying flags or signs supporting Hong Kong independence. In July,

“Three females were arrested respectively for showing materials with #HKIndependence slogans in #CausewayBay, violating #NSL. Anyone who organises, plans, commits or participates in committing secession or undermining national unification shall be guilty of an offence.”

Three females were arrested respectively for showing materials with #HKIndependence slogans in #CausewayBay, violating #NSL. Anyone who organises, plans, commits or participates in committing secession or undermining national unification shall be guilty of an offence. pic.twitter.com/SB3vYQyiha

Critics say the arrests have nothing to do with subversion but are an attempt to stop all opposition and remove freedoms from previously democratic Hong Kong. “Seeing the news today I feel completely shocked,” Hong Kong resident Mannie Ng said. “I feel very disappointed. It seems that such major things are happening in Hong Kong and there’s nothing we can do about it. I feel very unhappy and it seems that even during the epidemic the government can still do so many things to terrorise people.”

Hong Kong was originally a province of China, but came under U.K. colonial rule in 1848 at the end of the First Opium War. In the late 18th century, the U.K. signed an accord with China promising to return the island and other leased lands to China in 99 years. During that time, though, China was taken over by communists, while Hong Kong grew into one the world’s most prosperous economic and financial centers. Despite the reality of these widely divergent political and economic systems, the U.K. negotiated the return of Hong Kong to China in 1997. For its part, China agreed that Hong Kong would enjoy a “high degree of autonomy,” except in foreign and defense affairs, with its own legal system, multiple political parties, and democratic elections. Moreover, the Hong Kong people were guaranteed “basic rights” including free speech and freedom of assembly.

In a statement, he said that the UK would work with allies to hold China’s government to its obligations to Hong Kong under international law.

“China has once again broken its promises and undermined Hong Kong’s high degree of autonomy … The UK will stand up for the people of Hong Kong, and call out violations of their rights and freedoms. With our international partners, we will hold China to the obligations it freely assumed under international law.”

Anthony Blinken, Joe Biden’s choice for Secretary of State, tweeted, “The Biden-Harris administration will stand with the people of Hong Kong and against Beijing’s crackdown on democracy.”

The sweeping arrests of pro-democracy demonstrators are an assault on those bravely advocating for universal rights. The Biden-Harris administration will stand with the people of Hong Kong and against Beijing’s crackdown on democracy. https://t.co/nSj8dr3OEg

“Today’s arrests of more than 50 politicians and pro-democracy advocates by local authorities in Hong Kong is an outrage, and a reminder of the Chinese Communist Party’s contempt for its own people and the rule of law. Those arrested are guilty of nothing but exercising the democratic rights promised to them by treaty, and due to them through virtue of their humanity. They should be released immediately and unconditionally.”

Pompeo’s statement also said that the U.S. would “not stand idly by” and will consider sanctions and other restrictions.

China’s Foreign Ministry spokesperson Hua Chunying responded by saying, “Hong Kong enjoys law and order. No other country has the right to make wanton criticism or interfere.” She said that the U.S. should “respect facts and the rule of law.” She also said the United States should “stop fabricating all sorts of pretexts for wanton political suppression and restrictions against China.”

China has grown bolder in its suppression of the Hong Kong people and their most basic human rights and freedoms. The BBC says that the terror the new Security Law has unleashed on the island “has all but silenced the street protest movement and led to a growing number of activists fleeing the territory.”

China’s illegal crackdown on democracy, however, is an affront and a danger not just to Hong Kong but to the United States, Europe, Australia, and other free nations.

A Pew Research study has repeatedly found China to be the world’s most restrictive nation of religious freedom. Despite this record, China was still named to the U.N. Human Rights Council, and the European Union agreed to an investment deal with China. The Chinese economy has also grown during COVID-19, while most of the world has struggled.

Going forward, China will pose a substantial threat to the United States. Four days ago, Chinese leaders said the new Biden-Harris administration represented “a new window of hope” for its relations with the U.S., one that would “restore normalcy” and “restart cooperation.” Now, though, China is telling the new president and his team to “stay out of its affairs” in Hong Kong. For everyone’s sake, let’s hope the Biden administration has the wisdom, strength, and resolve to stand up to this new challenge.

DON'T MISS
Student is censored from sharing his faith, Supreme Court steps in