Home ›Election 2020›Trump’s criticism of Pence is on brand, but is it fair?

Trump’s criticism of Pence is on brand, but is it fair? 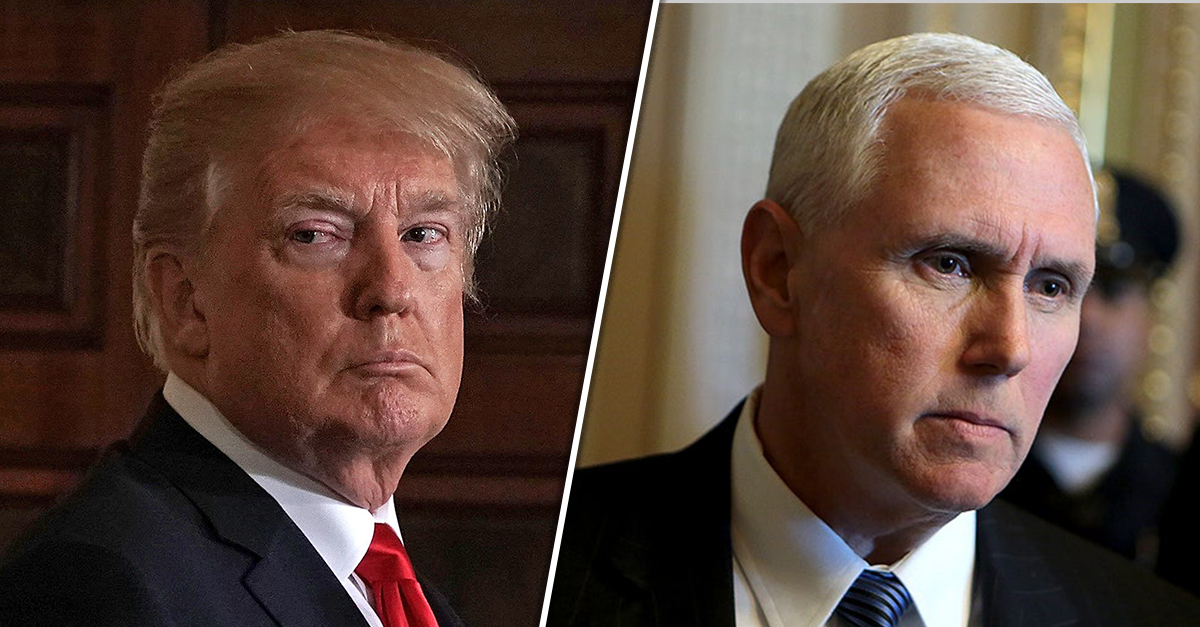 During what was a chaotic day for our country on Wednesday, Congress accepted the electors, confirming Joe Biden as the next President of the United States. In light of this, President Trump and some of his allies blasted Vice President Mike Pence, but are their criticisms fair?

Vice President Mike Pence has faced criticism from some who think the election was fraudulent. Some have even accused Pence of being a traitor for not doing enough to address the supposed fraud. Recently, Texas Republican Rep. Louie Gohmert filed a lawsuit against Pence in an effort to get Pence to choose electors who favor Trump. After Pence announced he did not believe he had the authority to reject the electors, President Trump accused him of a lack of courage. These criticisms are unwarranted. Trump’s request was beyond Pence’s authority.

“Under the Twelfth Amendment, Defendant Pence alone has the exclusive authority and sole discretion to open and permit the counting of the electoral votes for a given state, and where there are competing slates of electors, or where there is objection to any single slate of electors, to determine which electors’ votes, or whether none, shall be counted.”

The suit, which was dismissed by two courts, highlights an issue over which there is much confusion. It seems that many are unclear on if the vice president has the authority to reject electors and appoint others. Even Trump ally Sen. Josh Hawley, R-Mo., said,

“You know, my understanding is that under the 12th Amendment, and under the relevant laws, the vice president, he opens the certificates and then he hands them over to the clerk in the Senate and the House and they count the votes … I don’t think the vice president actually counts under the law. He’s sort of just there. This is really on Congress.”

On Tuesday, Trump disagreed, tweeting, “The Vice President has the power to reject fraudulently chosen electors.”

The Vice President has the power to reject fraudulently chosen electors.

Before Congress gathered to count the electors and hear objections, Pence released a three-page letter that stated,

“It is my considered judgment that my oath to support and defend the Constitution constrains me from claiming unilateral authority to determine which electoral votes should be counted and which should not.”

Congress proceeded with the counting of electors and Joe Biden was recognized as the winner of the 2020 election.

Trump responded to Pence’s decision in a tweet that has since been censored,

“Mike Pence didn’t have the courage to do what should have been done to protect our Country and our Constitution, giving States a chance to certify a corrected set of facts, not the fraudulent or inaccurate ones which they were asked to previously certify. USA demands the truth!”

Senator Tim Scott, R-S.C., released a statement where he, in a very on-brand charitable fashion, said that he does not believe Vice President Pence has the authority to overturn the election:

“As I read the Constitution, there is no constitutionally viable means for the Congress to overturn an election wherein the states have certified and sent their Electors. Some of my colleagues believe they have found a path, and while our opinions differ, I do not doubt their good intentions to take steps towards stamping out voter fraud. Importantly, I disagree with their method both in principle and in practice. For their theory to work, Nancy Pelosi and House Democrats would have to elect Donald Trump president rather than Joe Biden. That is not going to happen, not today or any other day.”

Criticisms claiming an honorable man like Mike Pence is a traitor or lacks courage are out of line. While there seems to be an alarming amount of confusion regarding what authority a vice president has in the counting of electors, most legal scholars agree that the 12th Amendment does not grant the vice president the authority to unilaterally reject electors. Pence’s long-standing commitment to American service proves his loyalty to the American system. If he could overthrow the election in Trump’s favor, why wouldn’t he do so and secure himself another four years as VP? The attacks on Pence simply don’t lineup.

UP NEXT
Student is censored from sharing his faith, Supreme Court steps in