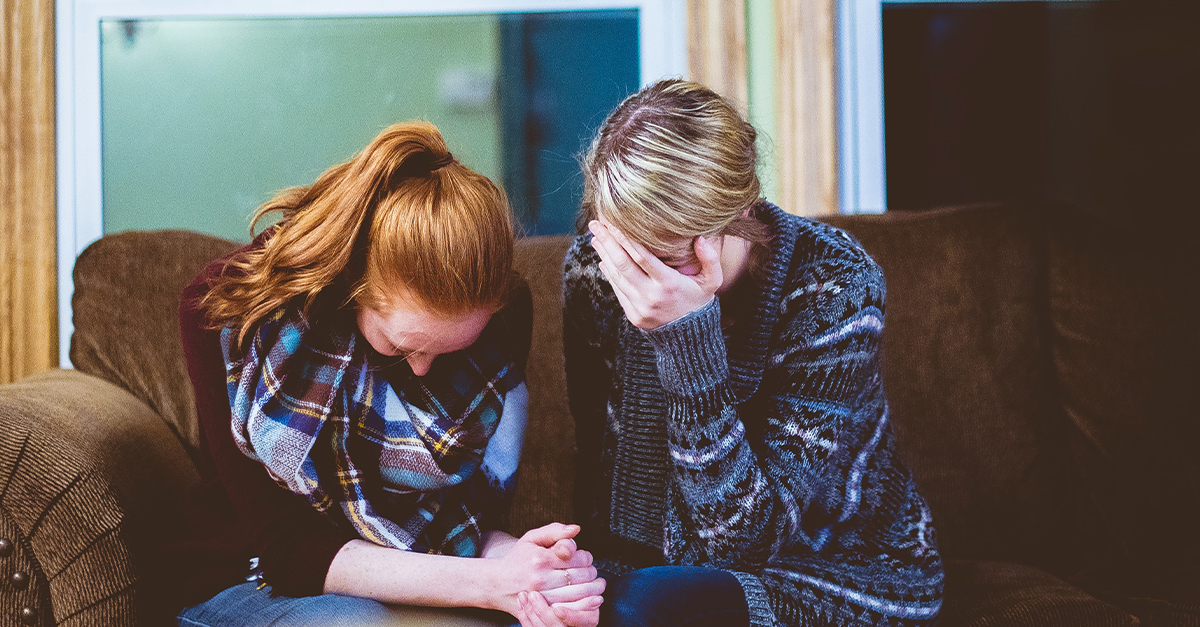 Never have relationships felt more important than in 2020. As a result of the pandemic and ongoing lockdown measures, Americans across the country are feeling isolated and lonely, contributing to diminishing mental and emotional health and putting new strains on marriage, parenting, and other relationships.

A recent study by Barna and the Boone Center for the Family at Pepperdine University shows that Christians and even pastors are not immune from these pressures — and as a result, more than half of church leaders are now rethinking the ways in which they help congregants connect with one another.

The study found, though, that this is not a new issue. Society as a whole — and a majority of Christians — were struggling with relational health even before COVID-19 hit.

‘Now, amid the pandemic, 42 percent of Christian adults say that anxiety has harmed their most important relationships and 39 percent say the same thing regarding depression.

Many of these issues are the result of feeling alone and isolated. Unfortunately, though, the “loneliness epidemic” has been creeping up on America for some time, according to David Kinnaman, president of the Barna Group.

“For more than a decade, our tracking data has shown a steady increase in the percent of people who say they are lonely,” he said. In a snapshot poll taken during the pandemic, Barna found that half of adults said they experience loneliness at least weekly, and 32 percent said that loneliness affects their most important relationships. Young adults were the most impacted, with two of every three millennials ages 18 to 22 claiming to feel lonely at least weekly.

“COVID and masks, race and justice, money and markets, educating our children from home, wildfires and hurricanes, politics, the reliability of the U.S. Postal Service, and more: 2020 has amped up the volume on all the things we humans worry about — and added new ones too,” stated Kinnaman.

A big challenge in helping congregants cope is the fact that pastors themselves are struggling as a result of the pandemic. The Barna study found that pastors reported a decline in their mental and emotional well-being during the crisis.

These numbers show not only a significant decline between April and August of this year, but the mental and emotional well-being among pastors had already been dropping since 2016.

Still, Christians struggling with relational or mental health challenges are looking to their church and pastors for support. Barna researchers found that 34 percent of practicing Christians were likely to turn to their pastor or priest for help in these areas. It also determined that 89 percent of pastors definitely or somewhat understood the needs of their congregants regarding mental and emotional health — although most pastors had not preached a sermon that discussed mental or emotional health in the last month.

The study also found that 55 percent of pastors are rethinking how congregants connect with each other.

It is clear that while Christians, like all Americans, are struggling during the COVID-19 crisis, they do find much-needed support from their church family and pastors.

Still, as churches reopen and adapt to the challenges COVID-19 presents, pastors and church members need to build on that unique benefit by not only being sensitive to the mental, emotional, and relational health of their fellow Christians but also finding ways to reach out and provide extra support.

“I believe that one of the lasting positive outcomes of 2020 will be a greater attentiveness to mental health on the part of Christian leaders,” said Kinnaman. “The coming tsunami of mental health needs will require that we show up in new and better ways.”

DON'T MISS
MacArthur: Now is not the time to suspend the worship of the true God

UP NEXT
Antifa vandalizes church that serves the homeless