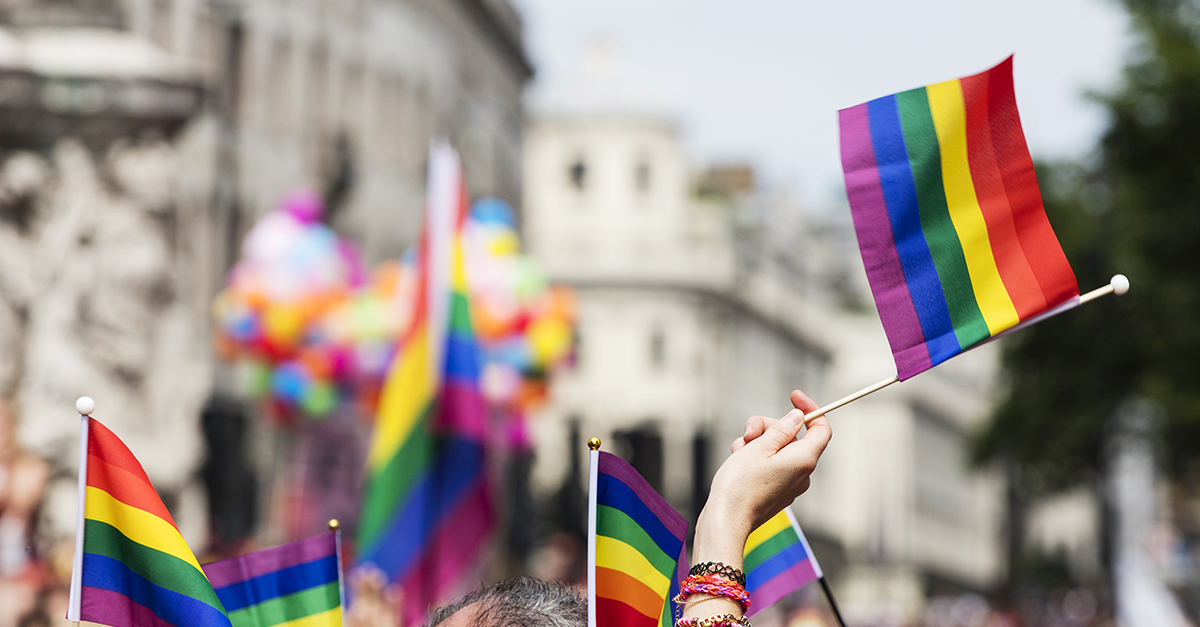 A group of Christian schools and ministries are suing Virginia Attorney General Mark Herring over two Virginia laws that they claim would require them to either violate their sincerely held religious beliefs or suffer harsh penalties.

Governor Ralph Northam signed S.B. 868, known as the “Virginia Values Act,” into law on Easter weekend. The new law prohibits not only Virginia businesses but also faith-based organizations from making hiring decisions based on sexual orientation or gender identity. Religious organizations will now be required to hire employees who do not share their beliefs and may actually hold beliefs that are in direct contrast with those of the organization.

As PJ Media reported, Alliance Defending Freedom is representing several Christian organizations, including churches, private schools, and Care Net, a non-profit ministry network that supports 1,100 churches, pregnancy centers, and other religious organizations. The suit, filed last week in the Virginia Circuit Court for Loudoun County, aims to prevent the implementation of the law.

The Virginia Values Act was one of a flurry of bills introduced this year in the Old Dominion that Christians and conservatives say violates the Establishment Clause of the U.S. Constitution and is also hostile to their faith. A companion bill signed into law, H.B. 1429, requires that all health plans pay for gender reassignment surgery, another violation of Christians’ religious beliefs.

Violations of the Virginia Values Act carry harsh punitive measures. The ADL has stated that, under the new law, Christian organizations are forced to either “abandon their biblical beliefs or face investigations, lawsuits, fines of up to $100,000 per violation, unlimited legal fees, and court orders forcing them to violate their conviction.”

What’s more, the suit claims that the law will ban churches and other religious organizations from “directly or indirectly” communicating biblical beliefs on marriage, sexuality, and gender.

Ironically, this “inclusive” law establishes what Virginia’s values are and then intentionally discriminates against and penalizes anyone who doesn’t share those values. Its intolerance of different viewpoints is in direct violation of the Virginia Constitution, which guarantees freedom of religion and freedom of conscience.

When an amendment was introduced to exempt religious organizations from the new law, it was rejected.

Virginia Delegate Joshua Cole (D-Fredericksburg) asserted his own take on Christian doctrine when he argued against the amendment: “I understand we have theological disagreements and we have theological beliefs of what we’re supposed to carry out, but if you are a public organization, your doors are supposed to be open to everyone in the public. Now I don’t know what type of Christianity you come from, but the type of Christianity I come from, the apostle Paul said, ‘Try with everything within you to live peaceably with all men.’”

Cole’s statement is fraught with logical fallacies. The first issue is that Cole claimed that faith-based organizations are “public.” Yes, Christian schools, pregnancy centers, churches, and Christian-owned businesses are open to the public, but they are not public in the sense that they are publicly owned.

Wedding photographer Chris Herring also sued over the law earlier this year, claiming that the state is trying to force him to use his business for events that violate his religious beliefs. The government does not have the right to force private businesses and organizations to perform work that violates their beliefs.

Another issue with Cole’s statement is his claim that religious organizations are closing their doors to people with different views. Faith-based organizations don’t discriminate against anyone in need of their services or ministries. “I happily work with and serve all customers, but I can’t and won’t let the state force me to express messages that contradict my beliefs,” said Herring (who dropped the suit earlier this month because he is moving out of Virginia.)

Religious organizations don’t refuse to serve others because of their sexual orientation or gender identity. They only refuse to perform work that violates their values and to hire individuals whose beliefs and values are in direct contradiction to the organization’s.

Cole is imposing his view of Christianity on others while failing to take into account that the apostle Paul, through the inspiration of the Holy Spirit, set high standards for teachers and ministers, as well as those who work within the church. There is a monumental difference between closing your doors to someone and hiring them to work in your ministry.

To have the right to freely exercise religion means that citizens must be free to make these decisions for themselves according to the dictates of their own conscience. As the Virginia Constitution itself explains: “All men shall be free to profess and by argument to maintain their opinions in matters of religion, and the same shall in nowise diminish, enlarge, or affect their civil capacities.”

If the government is able to coerce citizens into violating their deeply held convictions in submission to a government established ideology, then those citizens are not free to practice their religion. And if there is no freedom of religion, then we can no longer claim to live in a free society.

UP NEXT
Get Louder Faith Summit – Miami, Florida