The Tale of Two Political Conventions 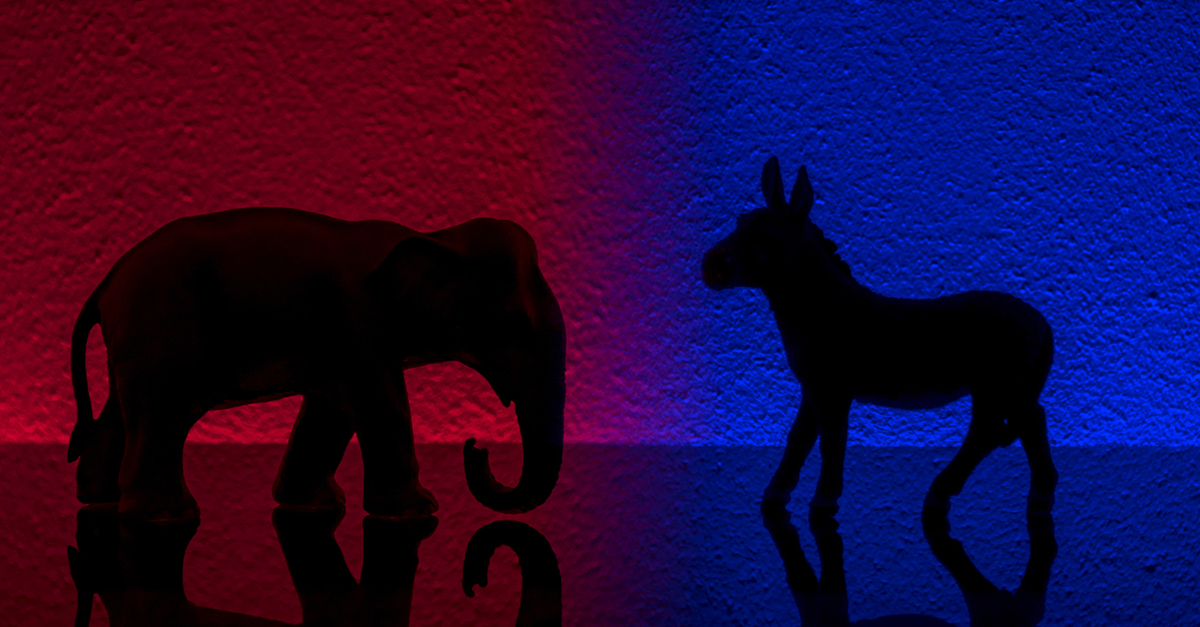 The Democratic and Republican Conventions could not be more different. The most striking thing about the Democratic Convention is the number of once-conservative Republicans who spoke to support the Biden-Harris presidential ticket. It’s no wonder that many conservative Christians have been frustrated with the Republican Party when they had control of Congress and the presidency and did almost nothing to make substantive changes to the way our government operates. Now we know why.

The Democrats presented a dark and gloomy forecast for the United States if they don’t get back in power. Many of the speakers described America as inherently racist. Racism is so pervasive, they claimed, that only a wholesale restructuring of the nation will eliminate it. From top to bottom the United States will have to institute a constitutional do-over. This will mean rewriting the Constitution to include wealth equalization, redistribution, reparations that will divide America even more, subsidized abortions, wholesale invasion of immigrants who will replace highly skilled American works while others take advantage of our generous welfare system.

Many of our cities are literally burning. Every one of these cities is governed by a Democrat mayor, and yet there was not a single speaker who rose to denounce the violence, violence that hurts the poorest among us.

Some of the speakers at the Democratic Convention were bizarre. On Tuesday, a featured panelist named J Mai who identifies as a “non-binary/gender transcendent mermaid Queen-King” called for abolishing the police, U.S. Immigration and Customs Enforcement (ICE), and prisons spoke. Keep in mind that J Mai works at the LGBTQ Center at Wake Forest University in Winston-Salem, North Carolina. Not only is the Democrat Party out of touch with American values, the belief systems they support are being taught in most of our nation’s universities at taxpayer expense. If you want more of the same, vote Democrat.

The Republican Convention took a different tone. It presented the many accomplishments of Pres. Trump. (There would have been more if some Republicans had not fought with him on important legislation.)

There was a warning from a Cuban American who saw first-hand what socialism and communism can do to a nation after promises were made but never became reality. Maximo Alvarez, whose family fled Communist Cuba, “gave an emotional speech about the consequences of swallowing the ‘communist pill’ and said that it is ‘up to us to decide our fate, and to choose freedom over oppression.’

“I’m speaking to you today because I’ve seen people like this before,” Alvarez said on the first day of the convention. “I’ve seen movements like this before. I’ve seen ideas like this before and I’m here to tell you, we cannot let them take over our country.” It was an earthshaking message to America to wake up to what lies ahead if the Democrats regain power in November. There are radical elements in the Democrat Party that want what every Communist dictator promised but could never deliver.

“I heard the promises of Fidel Castro. And I can never forget all those who grew up around me, who looked like me, who could have been me, who suffered and starved and died because they believed those empty promises. They swallowed the communist poison pill,” Alvarez said.

“Those false promises—spread the wealth, free education, free healthcare, defund the police, trust a socialist state more than your family and community—they don’t sound radical to my ears. They sound familiar.”

Sen. Tim Scott, the only black Republican in the Senate, told how his family “went from cotton to Congress in a generation.” The Republican party embraced Sen. Scott. Republicans voted for him and sent him to the Senate. And this is a racist Party?

Herschel Walker was raised a Democrat and he’s been a longtime friend of President Trump. The former Heisman Trophy winner and standout star at the University of Georgia has known and worked with Pres. Trump for 37 years and never heard a racist word come out of his mouth.

How have Scott and Walker been treated by many supporters of the Biden-Harris ticket? They have been described as “Uncle Toms.” These are Democrats who claim to be the champion of African Americans. Have we heard any denouncement from the leadership of the Democrat Party? No.

The 2020 election is going to be fight to the finish and beyond. Hillary Clinton said on Monday that Joe Biden should not concede the presidential election “under any circumstances.” The Democrats are going to do everything they can to control the United States with their radical agenda.

UP NEXT
Dr. Dave Brat on Trump’s Nomination