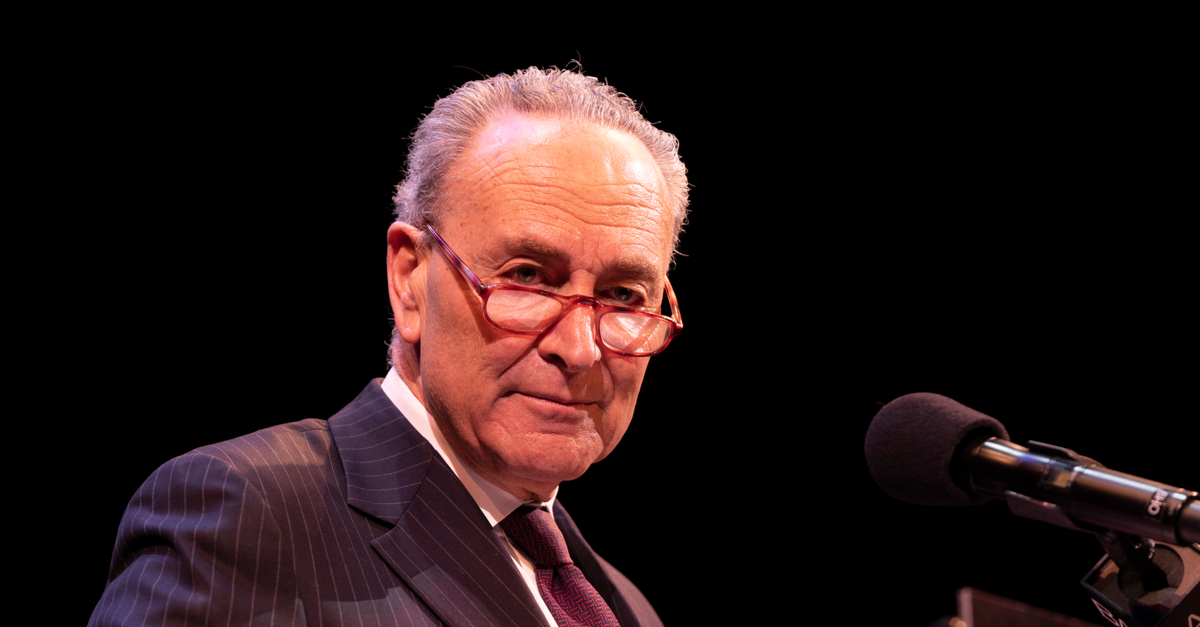 On Aug. 20, Democratic Senate Minority Leader Chuck Schumer left the door open to getting rid of the Senate filibuster.  During an interview with The Joe Madison Show, Schumer indicated that Democrats would “have an imperative… to get a whole lot done,” if Biden were to win the general election in November and if the party were to take control of the upper chamber.

The Senate Minority Leader indicated that he would do “whatever it takes” to advance the Democrats’ agenda, believing that some moderate Republicans might join him. The filibuster has been an important check on political power in the United States since its inception. However, toxic divisions in our nation have led to both parties chipping away at various elements of the filibuster.

In November 2013, then-Democratic Majority Leader Harry Reid eliminated the filibuster on lower court nominees, allowing a president to appoint judicial nominees with a simple majority, or 51 votes. In response, then GOP Minority Leader Mitch McConnell famously said, “You’ll regret this much sooner than you think.”

McConnell’s message came back to bite the Democrats in a way they did not expect, as the rule change at that time has allowed President Trump to appoint hundreds of judicial nominees to the federal bench. Also, in response to Democratic opposition, Mitch McConnell, now the Senate Majority Leader, got rid of the sixty-vote threshold for Supreme Court nominees, allowing justices Neil Gorsuch and Brett Kavanaugh to be confirmed with a simple majority.

While the sixty-vote limit on judicial nominees, both to the federal bench and to the Supreme Court, has been done away with due to both parties seeking to fulfill their political priorities, it would be a mistake to eliminate the legislative filibuster.

1. Let’s be very clear. If the Democrats take the Senate they’ll abolish the filibuster and ram through every extremist law in their 110 page manifesto.

2. They’ll eliminate a rule that’s been in place since the beginning, destroy the very purpose of the Senate, and drag this nation as far Left as any socialist European state in a matter of 24 months.

3. It’ll lead to the institution of every radical policy imaginable and unimaginable, if they hold the House and take the presidency as well. They plan the greatest assault on permanently undoing this constitutional republic ever contemplated.

One of the founding ideals of the United States is to be bigger than America as a whole. Eliminating the legislative filibuster would cause single-party rule and would totally eliminate the motivation for leaders to champion bipartisanship. Why would a senator want to work with his or her colleagues across the aisle to accomplish something good, when one party can pass legislation with just a simple majority?

Concerningly, many Democrats in addition to Schumer are open about their desires to abolish the filibuster. President Obama, in an address at the late Rep. John Lewis’ funeral, called the filibuster “a Jim Crow relic.”

Polling has indicated that more than half of Democrats want to see limits placed on the usage of the filibuster. It’s unsurprising that an idea that was once thought to be incredibly radical is now common among progressives, as they seek to advance their political priorities.

Some of these “priorities” would be devastating to Christians, with legislation including the Equality Act, which would also hurt charities, volunteers, churches, Christian schools, and non-profits, as well as the populations that serve in favor of advancing LGBTQ rights.

A majority of Democrats are also in favor of abolishing the electoral college, which would disenfranchise voters in rural communities, many of whom are evangelicals, and give large, urban areas more political power disproportionate to other areas.

Democrats even opposed the “Born-Alive Abortion Survivors Protection Act,” which would allow life saving medical treatment for babies who survive botched abortion, arguing it as unnecessary. These legislative actions would fundamentally alter America as we know it.

Allowing Democrats to regain control of the Senate this November would likely result in some change to the filibuster, and as progressives continue to become more radical, ideas that were once considered bad for America are now considered the norm among certain portions of this country.

Carney, J. (2020, August 21). Schumer on nixing the filibuster: ‘Nothing is off the table’. Retrieved August 21, 2020, from https://thehill.com/homenews/senate/513028-schumer-on-nixing-the-filibuster-nothing-is-off-the-table

Smith, A., & Seitz-Wald, A. (2019, April 03). Mitch McConnell triggered the ‘nuclear option’ again. Here’s what that means. Retrieved August 21, 2020, from https://www.nbcnews.com/politics/congress/mitch-mcconnell-triggered-nuclear-option-again-here-s-what-means-n990521