Home ›Limited Government›Have Democrats Decided to Sacrifice All Moral Consistency At This Point?

Have Democrats Decided to Sacrifice All Moral Consistency At This Point? 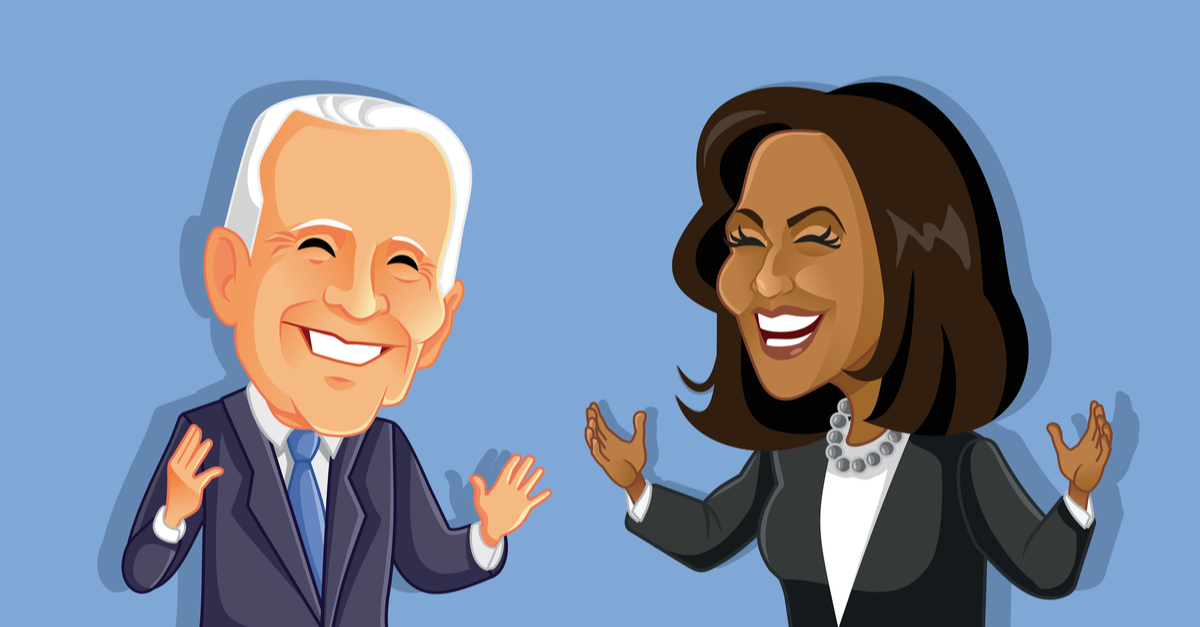 The Biden-Harris ticket presents the American people with perhaps the most radically progressive ticket the nation has ever seen from a major party, yet  both candidates are being touted by a friendly media as “moderate.”

This pair is certainly far from moderate and sickeningly far from moral. In a time when progressives increasingly rely on language about the treatment of women, minorities, and those engaged in the criminal justice system, it boggles the mind to consider how little the left seems to care about Biden and Harris’ combined moral failings and hypocrisy.

Do the Democrats even care? Or are they so determined to beat Trump in November that they willl vote for and support anyone under the notion that Trump is morally devoid?

Whether or not you support President Trump and today’s Republican Party, one has to wonder if morality has gone completely out the window in favor of hyper-partisanship based on hatred, rather than principles.

Let’s discuss Biden first. This is a former vice president and career politician whose family secured lucrative business deals while he spearheaded the previous administration’s foreign policy. This includes dealings with a company while applying enormous pressure to the State Department to help them wriggle out of a corruption investigation in Ukraine. At the time Biden’s son, Hunter, was offered a high-paying gig on the board of the said company.

There is also his closeness to the Obamagate intelligence scandal, which he has very gracelessly tried to dispel.

Then there are his streams of racial gaffes despite happily bragging that he’s received good grades from the NAACP throughout his career (although he’s forgotten how the NAACP even works and claimed that they “endorsed” him).

There are  also the sexual assault allegations against Biden. This is where Biden’s running mate, Sen. Kamala Harris (D-CA) comes in.

Harris, who is known as ruthless in her quest to get ahead, was more than happy to tear into Biden during last year’s Democratic Primaries when it was advantageous for her to do so.

Her downfall came quickly, however, when the anti-establishment candidate, Rep. Tulsi Gabbard (D-HI, tore into Harris for the hypocrisy of having laughed about smoking pot in college in an interview after locking up over 1,500 people for marijuana violations as Attorney General of California.

Harris’ campaign went downhill from there, but before this, she made sure to make it clear that she believed Biden’s accuser, Tara Reade. Reade claims that then-Senator Biden assaulted her in the basement of the Capitol Building in the ‘90s when she was working as a staffer in his office.

“I believe them and I respect them being able to tell their story and having the courage to do it,” she said at a campaign event in April of 2019, after Reade and eight other women came forward with allegations against Biden.

Harris, at the time, felt quite confident sticking with the Democrats’ post-#MeToo narrative to #BelieveAllWomen.

When it comes to Biden, of course, Democrats are eager to turn a blind eye to his long list of accusers, and Harris has been happy to accept Biden’s ticket for the White House without looking back.

Reade has called for the media to challenge Harris on the allegations made against Biden, and if the vast majority of mainstream outlets had any interest in reporting on elections with integrity, they certainly would.

Harris must answer if she truly believes all women and thinks that Reade’s accusations against Biden don’t stand up to scrutiny. In this case, she must address why she believed Christine Blasey Ford, the woman who accused then-Supreme Court Justice nominee Brett Kavanaugh.

If she does still believe Reade, however, this is considerably worse. Beyond simple hypocrisy, it means that she does believe all women, but that she just does not care if they are assaulted if she can use it for political gain.

If this is a fitting expression of the soul of the Democratic Party, it is more morally depraved than ever before.

DON'T MISS
Will the Real Kamala Harris Please Stand Up