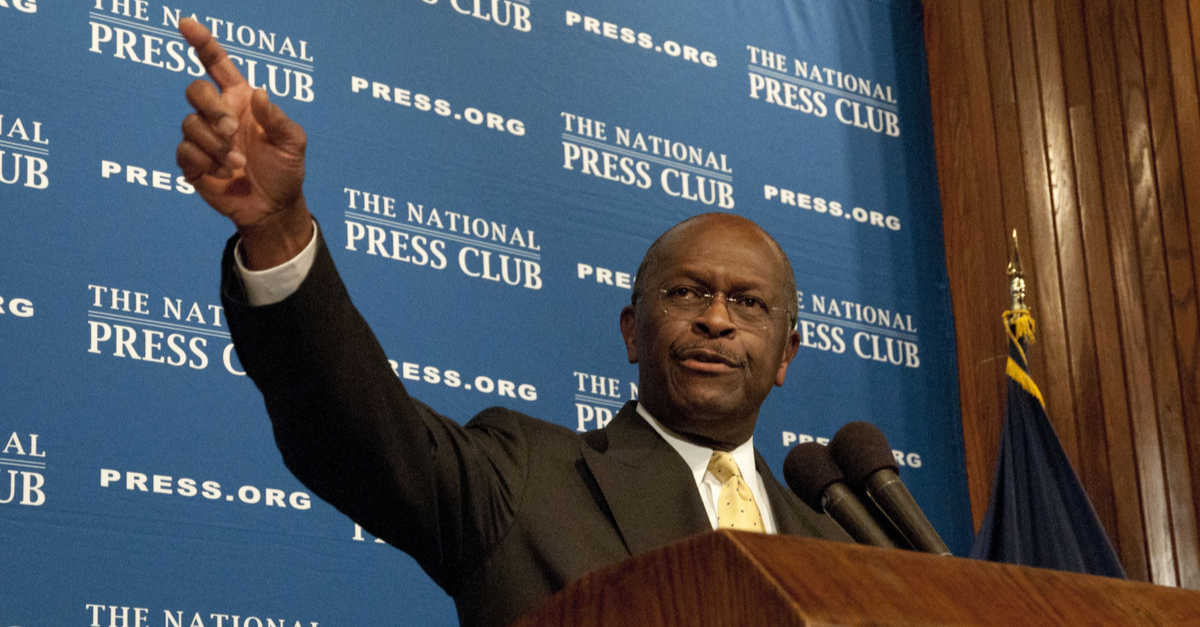 When a political firebrand passes, it is inevitable that their personal politics will come into the spotlight as the tributes pour in.

However, at the news of the death of Herman Cain, entrepreneur, presidential candidate, associate minister, and NAVY rocket scientist, it seemed that many who loved and knew him were thinking more about his deeply-held faith–and their own.

“Herman Cain has gone to be with the Lord,” an article on Cain’s website written by his longtime friend and editor Dan Calabrese, read.

“Herman Cain – our boss, our friend, like a father to so many of us – has passed away. He’s entering the presence of the Savior he’s served as an associate minister at Antioch Baptist Church in Atlanta for, and preparing for his reward,” he wrote.

You're never ready for the kind of news we are grappling with this morning. But we have no choice but to seek and find God's strength and comfort to deal… #HermanCain https://t.co/BtOgoLVqKz

He goes on to describe the all too poignant bittersweetness that is the lost of a dear, faithful friend as they dealt with what seemed like it could be a promising recovery before Cain took a turn for the worst.

“We all prayed so hard every day. We knew the time would come when the Lord would call him home, but we really liked having him here with us, and we held out hope he’d have a full recovery.”

For those of us who share a common faith in the Lord Jesus Christ and the promises of the resurrection, when a brother or sister crosses that great divide, there is so much sadness for the loss of their company, but amazing comfort knowing they are with our Lord.

Many of those who knew Cain and remembered him fondly also pointed to this comforting assurance.

1/The loss of former presidential candidate, @THEHermanCain, is deeply personal for me. Herman Cain was a mentor, a friend, and we both were born and raised in the same city, Atlanta, GA. pic.twitter.com/5lkgo3VJb1

“I’m heartbroken at the news about my dear friend Herman Cain. He brought joy, happiness, light & his signature smile & laugh to all. A great American Patriot who loved this country. All our Love & prayers to his family, as he enters God’s Kingdom and the mansion prepared for him,” wrote Fox News host Sean Hannity, who is often quite vocal about his faith.

I’m heartbroken at the news about my dear friend Herman Cain. He brought joy, happiness, light & his signature smile & laugh to all. A great American Patriot who loved this country. All our Love & prayers to his family, as he enters God’s Kingdom and the
mansion prepared for him

“Our hearts grieve for his loved ones, and they will remain in our prayers at this time. We will never forget his legacy of grace, patriotism, and faith,” McEnany, an openly devout Christian, added.

Our hearts grieve for his loved ones, and they will remain in our prayers at this time. We will never forget his legacy of grace, patriotism, and faith.

Mitt Romney, who beat out Cain in the 2011 Republican primary for the party’s nomination, quipped that the gates of heaven would soon be graced with his one-time rival’s famous “9-9-9” plan for the economy.

Saddened that Herman Cain—a formidable champion of business, politics and policy—has lost his battle with Covid. St. Peter will soon hear “999!” Keep up the fight, my friend.

In 2011, CNN wrote in a profile of the then-presidental candidate’s faith that while other candidates in the Republican primary received attention for their religious beliefs–Romney’s Mormonism, Rick Santorum’s Catholicism, and Michele Bachmann’s evangelical Christianity–Cain tended to speak more about economics and business. He was nonetheless a man with a deeply-held faith which influenced his life, career, and politics.

“There’s our plan, and then there’s God’s plan,” was said to have been one of Cain’s favorite sayings.

His faith would also inspire his unique brand of Tea Party politics that would characterize his 2011 run.

“Herman sees the pressing issues of our day are economic,” Benny Tate, senior pastor of Rock Springs Church in Milner, Georgia who campaigned with Cain, was quoted as saying in the CNN piece. “Because of his faith he sees that that can turn around. One way he sees that is through personal responsibility.

“Herman believes that, ‘By the sweat of thy face thou shall eat bread,’” Tate said, referencing Genesis 3:19 in which God describes the conditions of the Fall to Adam and Eve.

Nothing could have characterized Cain’s faith and politics more. He was known for his hard work and fierce defense of personal responsibility.

After climbing the corporate ladder, Cain would go on to become an associate pastor of the church he attended growing up, Antioch Baptist Church North in Atlanta.

“Like most ministers, I felt called to preach the word of God and minister to the least, the last, and the lost, and minister to His people,” he told Christianity Today in 2011.

With Herman Cain as with all of us, our faith should influence all our beliefs and the way not only in how we live our life, but how we meet the news that the Lord has taken one of our own back home.

Rest in peace, Mr. Cain. You will be missed.

My friend Herman Cain, a Powerful Voice of Freedom and all that is good, passed away this morning. Herman had an incredible career and was adored by everyone that ever met him, especially me. He was a very special man, an American Patriot, and great friend. I just got off…

UP NEXT
Pro-Life Activist Talks Woman Out Of Abortion, Now She’s Hosting Her Baby Shower