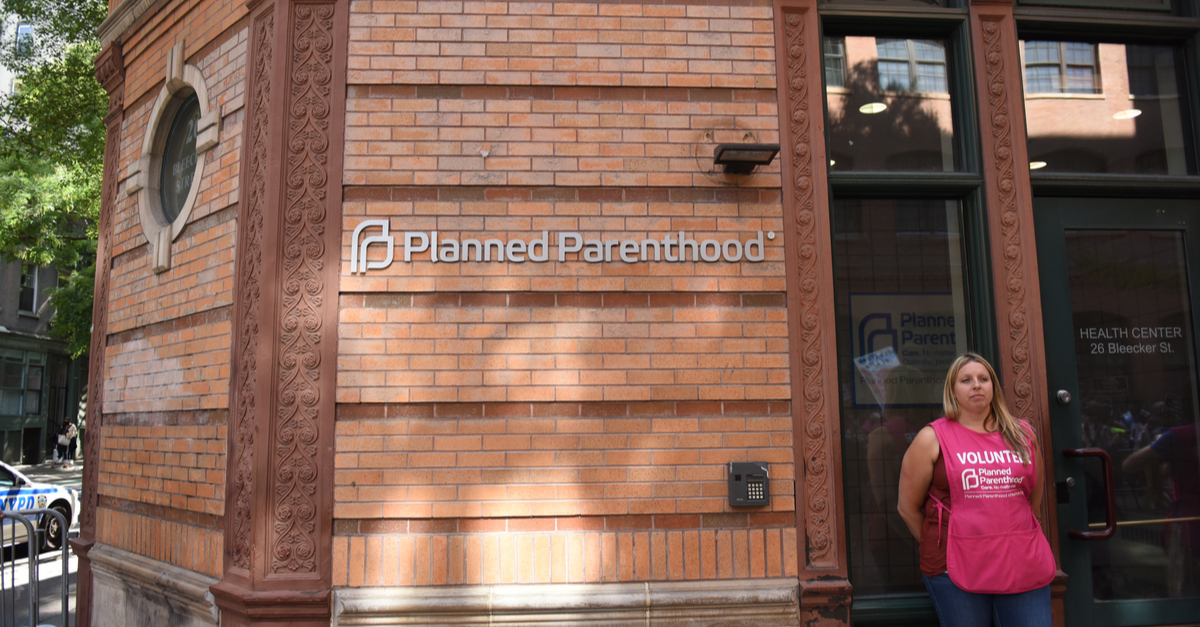 The organization will be. removing Sanger’s name from the building.

It’s truly incredible how long it took cancel culture to disavow Margaret Sanger, but even in the entitlement-soaked culture of ours, there is some silver lining.

NEW YORK – Today, Planned Parenthood of Greater New York announced its plans to remove Margaret Sanger’s name from the Manhattan Health Center as a public commitment to reckon with its founder’s harmful connections to the eugenics movement. PPGNY also announced it is working with the Community Board, City Council and community to rename an honorary street sign that marks the “Margaret Sanger Square” at the intersection of Bleecker and Mott Streets in Manhattan.

The announcement reflects the first of many organizational shifts to address Sanger’s legacy and system of institutional racism, which negatively impacts the well-being of patients, staff and PPGNY’s broader communities. The initiative is part of PPGNY’s Reviving Radical initiative – an initial  three-year commitment and framework for holding long overdue dialogues and uplifting a vision for repair and transformation that communities of color and reproductive justice leaders have been calling on for decades.

“The removal of Margaret Sanger’s name from our building is both a necessary and overdue step to reckon with our legacy and acknowledge Planned Parenthood’s contributions to historical reproductive harm within communities of color,” said Karen Seltzer, Board Chair at PPGNY.  “Margaret Sanger’s concerns and advocacy for reproductive health have been clearly documented, but so too has her racist legacy.  There is overwhelming evidence for Sanger’s deep belief in eugenic ideology, which runs completely counter to our values at PPGNY. Removing her name is an important step toward representing who we are as an organization and who we serve.”

“I am heartened by the decision by PPGNY to rename its Manhattan Health Center.  While this comes at a time when the entire nation is reckoning with its sordid past and present realities of racial injustice, I am even more encouraged that this symbolic gesture is also accompanied by a deeper commitment to take even bolder steps toward institutional transformation,” said Dr. Lynn Roberts, Reviving Radical Commissioner & Associate Dean of Student Affairs & Alumni Relations, CUNY Graduate School of Public Health & Health Policy. “May this organization’s realization of these mandates serve as a guide to other organizations embarking on becoming anti-racist organizations not only in name, but in practice.”

Further plans on the renaming of the Health Center and street will be announced soon.

It’s no secret that Sanger and her ancestors are deeply rooted in eugenics research, but how involved are they? Short history lesson:

As the press release above states, Sanger’s racist legacy is well documented. This isn’t anything new, so why are we just now canceling her? This information has been public knowledge for decades and routinely broadcasted.

It is as if immorality only matters when culture says so, with objective truth having no influence at all.

UP NEXT
Should Christians Push Back Against the Cancel Culture?