Home ›Life & Culture›No, Don Lemon, Jesus Never Admitted to Being Imperfect. He, One With God, Was Holy.

No, Don Lemon, Jesus Never Admitted to Being Imperfect. He, One With God, Was Holy. 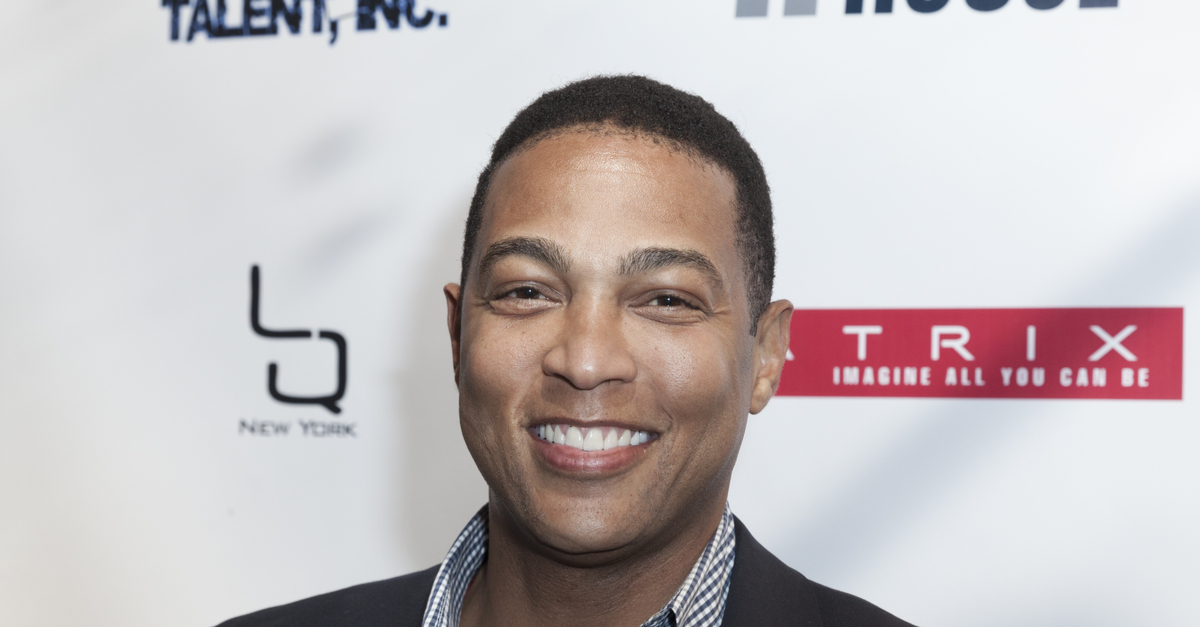 Don Lemon made headlines this morning after stating that Jesus Christ was not perfect.

“Jesus Christ… if that’s who you believe in, Jesus Christ, admittedly was not perfect when he was here on this earth. So why are we deifying the founders of this country?”

CNN’s Don Lemon must not have listened in Sunday school…pic.twitter.com/zh70sCsByv

Lemon and his main squeeze Chris Cuomo were in a side-by-side interview when the sour comments dropped. While discussing the founding fathers, the CNN anchor said:

“Jesus Christ — if that’s who you believe in, Jesus Christ — admittedly was not perfect when He was here on this earth…So why are we deifying the founders of this country, many of whom owned slaves…?”

There are a few problematic layers to address here:

One, Jesus Christ was, in fact, perfect. The Bible is peppered with affirmations of Christ’s holiness:

“For to this you have been called, because Christ also suffered for you, leaving you an example, so that you might follow in his steps. He committed no sin, neither was deceit found in his mouth.” –1 Peter 2:21–22

To be fair to Lemon, it should be assumed that he is not theologically savvy and thus is unaware of the hypostatic union– Christ’s oneness with God. Jesus said in John 10:30 “I and the Father are one.” This theological standard asserts Christ’s holiness: Jesus was fully man and fully God, and since God cannot sin it is impossible for Christ to have sinned. Perhaps Lemon didn’t know this and was leaning on Paul’s statement that “all have sinned and fallen short of the glory of God.” But, that’s a stretch.

So, no, Jesus was not imperfect.

Second, as a journalist I’m troubled by Lemon’s use of the word “admittedly.” This comment transcends any theological ignorance and falls into irresponsible territory. Not only does Christ not “admit” that He was sin, but there are no grey-area verses or arguments that even allude to such an admission.

Finally, the second part of his statement is manipulative and offensive. “Why are we deifying the founders of this country, many of whom owned slaves?”

Respecting the Founding Fathers for leading the charge of our nation’s independence, developing perhaps the most respectable political document in world history, and implementing a liberty-fueled system of living for Americans is not the same as calling them God.

Also, respect for their positive accomplishments does not mean that we support slavery. I should not have to say that, given the simple logic of it, but apparently it’s necessary.

Nobody is trying to deify or even suggest near-perfection of our Founding Fathers.

DON'T MISS
Our Nation’s History is Under Attack

UP NEXT
Adrien Broner: “Without abortions I would have almost 30 kids”