Our Nation’s History is Under Attack 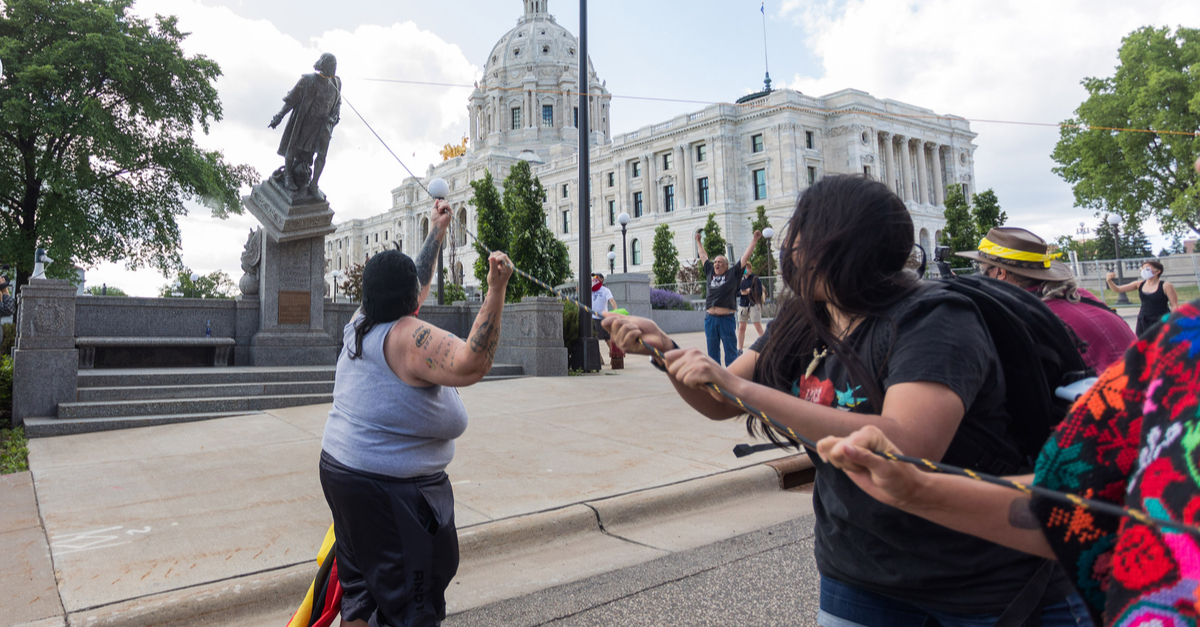 Radical, left-wing protesters have gained political prominence by committing large-scale acts of violence in the months following George Floyd’s death on May 25.

Because of their outrage over police brutality and racial injustice, they have tried to solve society’s problems by destroying any symbols of racism, white supremacy or bigotry in America’s past.

The prevailing school of thought among the left and their protesters is that if any historical figure acted in seemingly racist or immoral ways, they should be permanently erased from history, which includes the dismantling and vandalizing statues.

No historical figure is safe from scrutiny. Statues of George Washington, Thomas Jefferson and Abraham Lincoln are just three American heroes whose statues have been torn down and vandalized by protesters, despite the fact that they left rich legacies for future generations and positively changed the course of history for posterity.

George Washington courageously served as general during a grueling, seven-year conflict to free the American colonies from the tyrannical rule of Great Britain and served as the first president of the United States.

Thomas Jefferson wrote the Declaration of Independence and expanded the country’s territory with the Louisiana Purchase in 1803.

Abraham Lincoln struggled mightily to prevent a Civil War from tearing the young nation apart and ensured the abolition of slavery by issuing the Emancipation Proclamation in 1862.

Instead of focusing on the positive changes our forefathers accomplished, they focus on whatever inconsistencies they can find in these men and use those as excuses to erase them from memory. They seek to rewrite history in a way that fits their dangerous and extreme agendas.

The problem with the left’s actions is that in their quest to make a better world in the present, they erase all that was good in our country’s past. They abhor freedom, reject equality and despise any of the United States’ founding principles.

According to this twisted logic, any memorial built to the leaders who upheld these ideals must be removed. Of course, the history of the United States is flawed, imperfect and sometimes unpleasant, but this is no excuse to wipe out its memory.

Canceling the men, women and events that made up our past will not solve today’s problems. Instead, it prevents us from learning from the shortcomings of our ancestors and from rejoicing in their triumphs.

Twentieth century political theorist Russell Kirk once said, “We ought not to endeavor to revise history according to our latter day notions of what things ought to have been, or upon the theory that the past is simply a reflection of the present.”

If we ignore our past simply because the people and events were imperfect, there will never be a time in our nation’s history to be proud of.

The past is not the standard of perfection, but it is the teacher we need in the present to guide us into a hopeful future. We place ourselves in grave danger of repeating the same mistakes if we bow to the ideological stance that we must tear down the memory of the past.

UP NEXT
No, Don Lemon, Jesus Never Admitted to Being Imperfect. He, One With God, Was Holy.