The Defund The Police Movement Has A Surprising Silver Lining: A Renewed Interest In Self-Defense 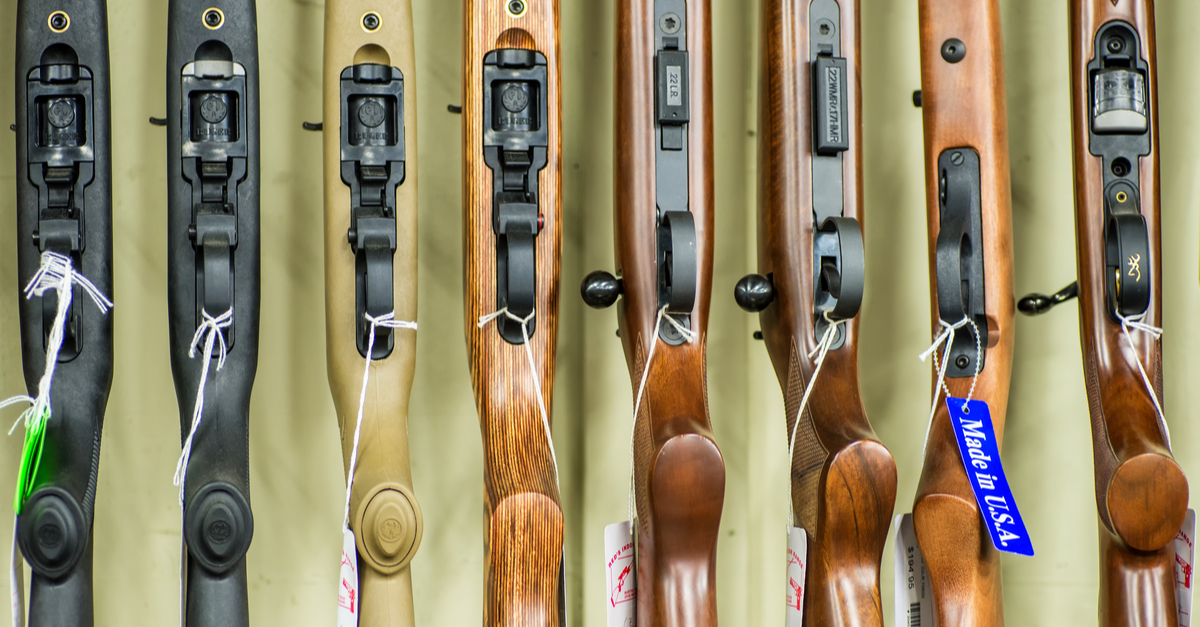 The movement to “defund” the police has developed something of a silver lining—if you can call it that.

According to the FBI, background checks for the purpose of firearms purchases reached a staggering 3.9 million in the month of June—the highest monthly total seen since the bureau’s National Instant Criminal Background Check System was established in 1998.

To be clear, gun sales usually see an uptick in presidential election years over concerns that our Second Amendment rights are just a swipe of a president’s pen away from being even further infringed.

2020, however, has been quite different.

Back in Mach, the coronavirus pandemic and the uncertainty it brought to Americans directly led to a huge spike in gun sales.

“We’re selling five times that amount right now. Our staff is pushed to the limits. There are more firearms being sold right now probably than ever before,” said Jay Wallace, a 40-year gun industry veteran interviewed at the time by Fox News.

“People more than ever are feeling personally responsible,” Wallace said when asked why he felt the astronomical increase in sales was occurring. “They feel like it’s at their doorsteps and they’ve never experienced that before.”

“Our nation has seen an uptick in firearm and ammunition sales whenever people feel threatened,” the NRA said in a statement according to Fox. “We’re seeing it now because Americans know that, during times like these, first responder resources may be limited, and their safety is ultimately in their own hands.”

While the first few weeks of pandemic uncertainty led to a spike of 3.7 million background checks—which, theoretically, would correspond to a roughly similar amount of actual purchases—there was a several-month lull before June’s record high.

Now, instead of a virus, Americans face massive civil unrest largely prompted by the death in police custody of George Floyd in May, as well as that of Elijah McClain last year, the death of a sleeping Breonna Taylor during a “no-knock warrant” raid in March, and many more.

The justice that each of these deaths deserves has been a difficult process, leading some to develop highly controversial plans of attack to put an end to such avoidable death—namely the movement to “defund” the police.

I place “defund” in quotes because, well, there isn’t exactly a consensus on what folks mean when they use the word.

For example, when we call on our federal government to defund Planned Parenthood and stop funneling millions of taxpayer dollars to a business that murders unborn babies, we typically don’t mean “seize all of Planned Parenthood’s funds.” We mean cut off this particular source of funding and let them fend for themselves without the taxpayer being coerced into supporting them under threat of imprisonment.

With the movement to defund the police, the goal appears to be similar. I am not a proponent of the movement, but in the interest of accurately understanding my ideological opponents’ arguments, I do seek to learn about it.

Others, like Albuquerque, New Mexico Mayor Tim Keller, developed helpful, explanatory statements and infographics to explain how they plan to promote a “Civilian Response Department” who will answer several types of emergency calls, freeing up police to respond to actual crimes.

Without any sort of broad-sweeping guidelines for police reform or the creation of departments to handle non-violent emergencies, however, it’s anyone’s guess as to just what “defunding” the police could look like in your city.

So where does that leave the average American?

Right where they belong: defending themselves and not relying on the government to do it. In June alone, nearly 4 million Americans came to that realization—that their personal safety is their personal responsibility.

Now, to be sure, I would have each and every American not only arm themselves but also acquire adequate firearms training—voluntarily, of course. In other words, before you go defending your home from a mob of protesters, learn some trigger discipline for the love of all good things and consider not pointing loaded firearms at your wife or unarmed people.

There is a quick video. The couple, identified as attorneys Mark and Patricia McCloskey, engaged in a shouting match…

By no means am I saying the McCloskeys were wrong to stand guard over their home, but they were doing considerably more than just standing guard. Compare their frantic, muzzle-waving escalation of the situation to these gentlemen defending their St. Paul shop at the height of the riots following George Floyd’s death:

Calm, (mostly) muzzles down, and guarding what’s theirs with the stoic reverence of a soldier knowing that thin-spread police forces likely couldn’t help them if needed. That’s how you do it.

While I don’t know what the future holds for the police forces of America, I do know what most Americans are made of: a respect for the rule of law and a desire for self-sufficiency. If our nation were home to more level-headed folks who took responsibility for arming themselves, I believe there’s plenty of good to come from it.

After all, as Robert Heinlein put it, an armed society is a polite society.

DON'T MISS
The Declaration of Independence and Secular Revisionist History

UP NEXT
Stop Joining the Silent Majority