Will Overturning Roe v. Wade Be Enough To End Abortion? 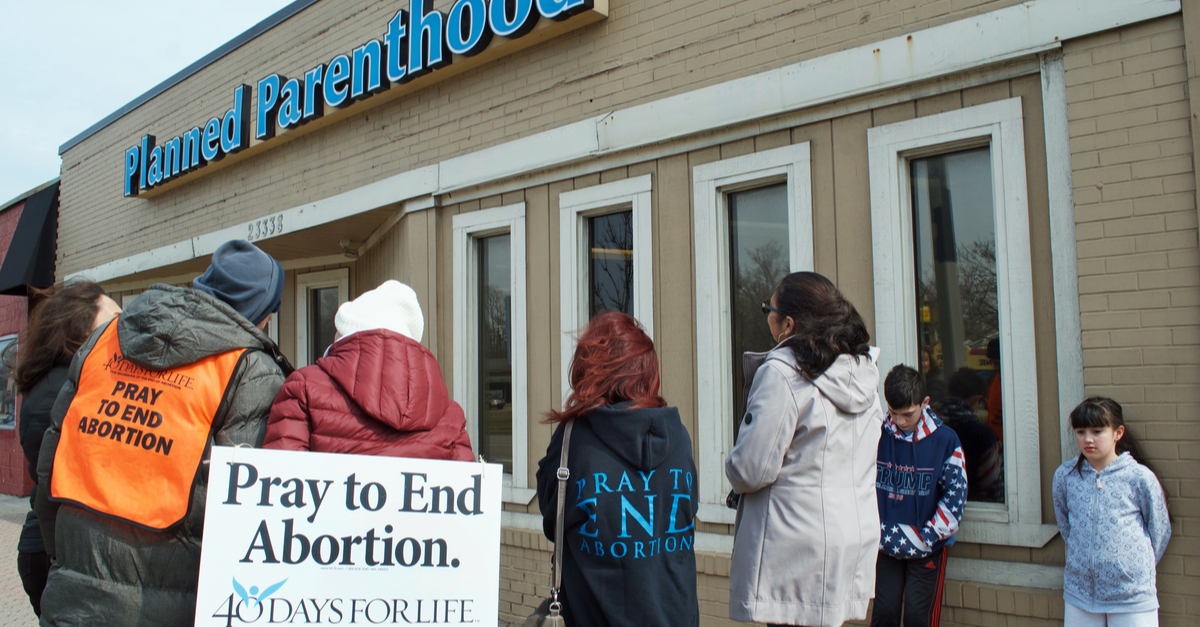 We know that abortion is the murder of the not-yet-born child.

We know that abortion rates in America are dropping, but that the hundreds of thousands of abortions still occurring each year are no less horrendous.

We know that babies are statistically more likely to be aborted if their mothers live in the city, are black, or live at or below the federal poverty line.

But do we know why women abort? Why, in 2020, have we still not evolved beyond the dark ages of civilization? Why do we still murder our children?

As a free market capitalist, there’s one maxim I always remind folks of when prodded with inevitable “what ifs” about how society would survive without government intervention in the marketplace: where there’s a demand, there will always be a supplier.

Sadly, this truth applies to both humanity’s noblest desires and its darkest, and it is no less true regarding abortion. For as long as civilizations have been able to concoct abortifacient elixirs or wield sharp implements, there have been abortions.

So what do we do with that?

Do we adopt a pessimistic outlook and take a laissez-faire approach to the shedding of innocent blood? Never. We can, and we must, work toward a justice system that recognizes the inherent value of every human life and treats abortion for what it is—murder.

Various pro-life groups and advocates—and even old school pro-choice folks who still want to see a decrease in what they perceive as the “need” for abortion—will argue over the best, most effective, or most God-glorifying ways to work for an end to abortion, such as incrementalism or abolition, and so on. Bills will be introduced, speeches will be made. Lord willing, change will happen.

But what do we do when that glorious day comes, when the final pen stroke declares preborn boys and girls to be equal under the law to their earthside siblings, and mothers are still having their children assassinated in the womb?

There is a reason why women have aborted their children.

Through the ages, it has had much to do with the shifting view of “childhood,” something some scholars theorize is a modern social construct.  French historian Philippe Ariès proposed that cultures in antiquity saw far more infanticide and an increased likelihood of children being abused in myriad ways because, though their humanity was fully recognized, their innocence and need for protection was not.

But in a society where a mother would speak, if only for sentimentality, to her children to “thank” them for choosing her before ingesting the pill that will cause their demise in utero, I don’t think we lack awareness of the baby’s personhood. When late-term abortionists offer “memorial services” including footprints, photos, and the chance to cuddle your aborted child’s remains, they know full well it’s not a “clump of cells.”

No, folks, with the exception of a tragically undereducated few, virtually everyone is familiar enough with human biology to know that pregnancy involves the development of the human baby. What we’ve lost isn’t the recognition of the child’s personhood, but the value of his or her life.

The declaration that the worth of the child’s life is equal to that of his or her mother simply isn’t enough.

The innocent child must indeed be treated equitably, not merely equally.

Who is at greater risk of harm, the mother or her child? Who is the aggressor in the case of the unwanted pregnancy? While many conservative and libertarian proponents of abortion would argue that it is actually the baby in a form of biological trespassing, I dare say that the mother calling the clinic for an appointment is the initiator of aggression.

For children, both unborn and born, equitable treatment and the protection they require can only come from a society that highly values them, not just acknowledges them.

How do we achieve such a society? The hard way—by teaching our children.

We should not have a society in which children themselves gleefully procure an abortion as easily as they’d snag a new pair of shoes at the mall.

We should not have a society that actively teaches children that ending the life of a child for any reason is a good and noble thing.

We should not have a society in which young men murder young women who become pregnant with their children and refuse to abort them.

I am not saying not to fight the legality of abortion by every possible avenue—in the interest of justice we must do so.

But when the day finally comes that the very last abortionist is either jailed or submits his application to work as a bartender, we must not rely merely on the law to protect children of unwanted pregnancies.

We must, by our words and deeds, cultivate a culture that values children, that protects them, and we must ever fight to build a prosperous society in which any mother would be honored to raise a child.

UP NEXT
Natural Law: Foundation of the Republic