Home ›Limited Government›Do You Worship God, or the State? How to Achieve True Justice and Equality

Do You Worship God, or the State? How to Achieve True Justice and Equality 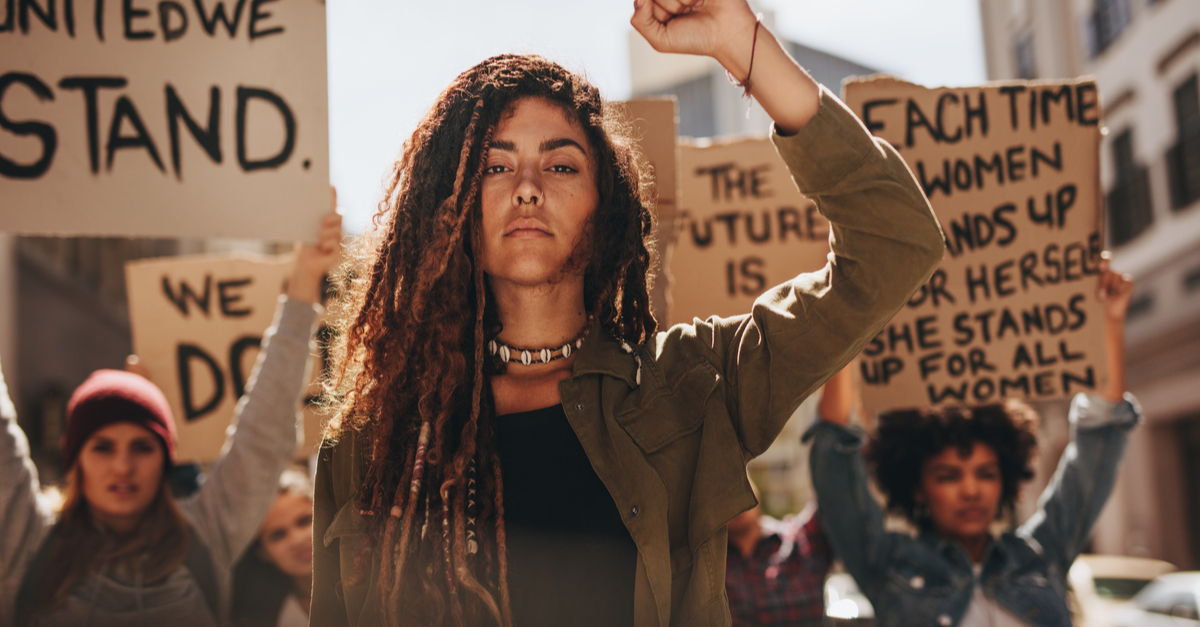 If you’re a Christian, then you believe that every member of humanity was made in the image of God. Our Founding Fathers also believed this, and formed a nation very uniquely founded on the recognition of this fact and the natural rights endowed to us by our Creator.

This means that, in spite of how poorly our nation’s belief in the equality of man was carried out during the first 100 years of our republic’s existence as chattel slavery remained a state-sanctioned institution, the principles on which it was founded are still objectively true and moral.

To the Christian, every one of us is equally–and individually–both a recipient of God’s grace and accountable to His laws. Our government, of course, is meant to enforce these biblical moral laws as well as protecting us with them.

This is surely a broad generalization, but it is safe to say that many on the right begin with these simple principles as the foundation of their worldview and subsequent political beliefs.

Meanwhile, while there are factions of far-left, progressive Christians who no doubt would hold fast to a similar definition of being created equally by a divine being, to some degree, the vast majority of leftists tend to have a more naturalistic–or anarchistic–view of things.

If your worldview is centered around the fact that you are fallen and in need of a Savior, of redemption, as you’re accountable before God, then it makes sense to both treat and judge all people equally. Not according to the color of their skin, their nationality, their personal history, or their socioeconomic status.

This Savior came to save all mankind, and His message was unique in that it was not only delivered to the Gentiles but made Jew and Gentile, Roman and Greek, slave and free all equal and united in Christ.

All equally fallen, all loved by a Lord who died for our sins.

Many of those on the progressive left, however, believe that our starting point is a broken world in which we need to save ourselves. And the natural conclusion of this belief is that the state must play the role of saving.

A state that is operated by equally fallen men and women who are utterly incapable of enacting objective justice without the objectively moral starting point of biblical justice.

When I was a young woman, before I knew Jesus, I also believed that the state must be our savior. I still vividly remember the state of being spiritually lost and feeling so forlorn and desperate about the unequal state of the world and how hopeless it seemed that men could rectify this.

I believed we should treat people as we wished to be treated, but without a fundamental understanding of objective morality or how to enforce it fairly in this crazy world, I was easily lured into the romanticism of Marxist socialism.

It was selfish, I believed, to keep more for yourself than you needed while others suffered. Of course, it is only as an adult I have realized how much of the culture around me in bourgeois bohemian San Francisco subtly encouraged these ideas, demonizing the wealthy in my mind and explaining crime and homelessness away with identity politics rather than any sense of personal accountability.

In my idealistic naivete, I never really put it together that the surrender of personal property could only be enforced at the state level at the tip of a gun and that there was no such thing as true altruism when it was by coercion.

I did, however, feel the desperate hopelessness that Marxism had never been done right, and if only it could be carried out by good, decent people who would somehow be able to inspire the masses into willingly participating in collectivism without seriously undermining the civil rights of their fellow man.

I was like a ship lost at sea with no compass ideologically, and I believe that many of the most angry and loud voices clamoring for justice in our society today are very much the same.

They clamor for justice that is not based on true equality, but redistributes wealth, privilege, and discrimination according to those who they view wanting.

This will inevitably lead to severe oppression and injustice, as we have so often seen in Marxist movements.

As someone who has compassion for this lost spiritual and ideological state, I’d like to encourage my fellow believers to adjust their viewpoint of today’s social crises to a kingdom mindset.

These are not just people who have a very skewed idea of justice and equality, but people who are in desperate need of answers as to why there is injustice in the world and how to achieve true justice.

The answers to these questions are simple, but not easy to accept: injustice is the result of sin, and sin dealt with through justice and mercy.

Higher than our political battles are our spiritual battles. And every one of us must pick up the proverbial sword of the Word and do battle with the forces that seek to undermine justice, equality, and mercy for all.

DON'T MISS
If We Lose The Right To Homeschool, We Lose America

UP NEXT
Black Families Matter