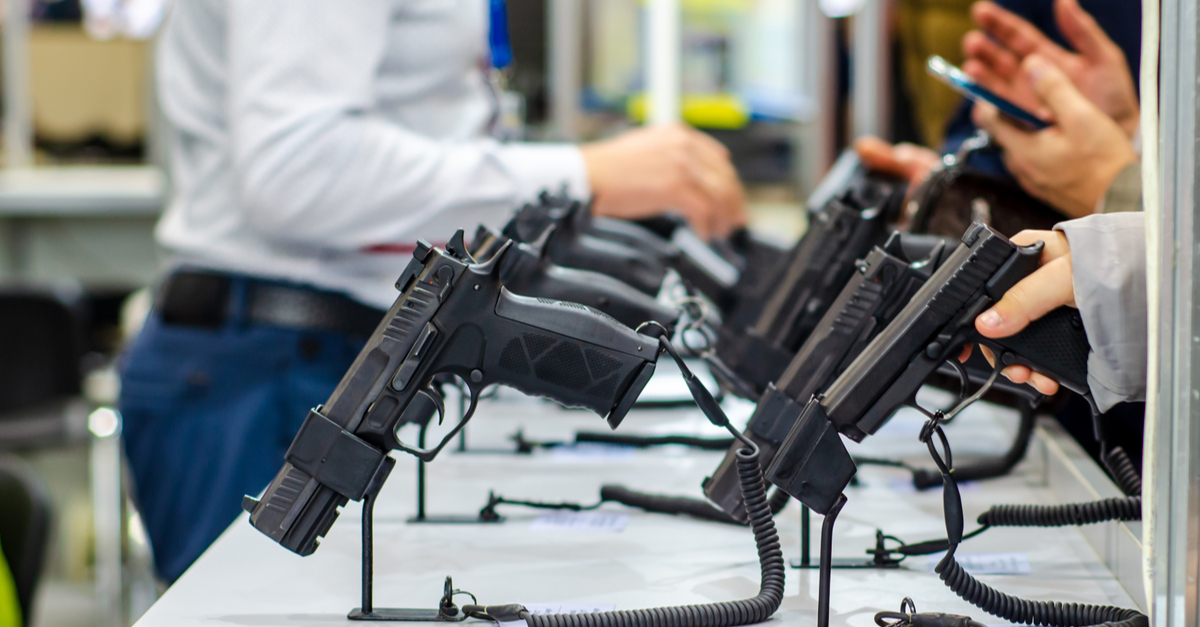 When you think of an American gun owner, what does that person look like?

If you ask a liberal, their mind might conjure up a white, Confederate flag-waving redneck, quite likely with white supremacist leanings—not unlike the men who ambushed and murdered Ahmaud Arbery in Georgia back in February.

And, honestly, if you ask the average conservative, they might simply think of a person who looks like them—regardless of their own race—because, well, they may likely be a gun owner.

What we seem to be forgetting, is the lawful, gun-owning black American.

The right of a black man or woman to own a firearm should be equal to that of their non-black counterparts, but it wasn’t always that way.

Where we now have the National African American Gun Association, the Black Gun Owners Association, and more, there was once a wicked, brazenly racist system in America which actively disenfranchised black citizens from exercising their right to keep and bear arms.

Not surprisingly, the racist institution of American gun control laws begins back in the antebellum period when various state “Slave Codes” prohibited slaves from owning guns.

Even after the Emancipation Proclamation of 1863, the ratification of the Thirteenth Amendment in 1865, early segregation laws called “Black Codes” robbed black Americans of their Second Amendment rights as free citizens of the Union.

Facing a sudden labor shortage and fearing an uprising of free men, various states across the union simply enacted laws modeled after their slave code predecessors—primarily aiming to disarm black Americans. This is to say nothing of the vagrancy laws, work contracts, and other aspects of the Black Codes that saw postwar freedmen living under mere slavery by another name.

Despite being vetoed by President Lincoln’s successor, Andrew Johnson, the Civil Rights Act of 1866 was passed by Congress, but it only guaranteed to black Americans those rights “which have no relation to the establishment, support, or management of government.” Though this and the soon-to-follow Fourteenth Amendment sharply undermined most aspects of the black codes, black Americans were still systematically disenfranchised from their right to purchase and own firearms.

That same year, the battle took a bloody turn with the formation of the Ku Klux Klan.

Known as “midnight riders” or marauders for their preference of nocturnal hunting, Klansmen quickly upgraded from harassing and intimidating various freedmen and their white allies to murdering black political leaders, heads of families, and leaders of churches and community groups, because these people had many roles in society.

They drove black farmers off their lands, fired shots into houses, and burned them to the ground with their occupants inside. Their primary goal? To suppress black Republican voters.

Because of the disarmament of the black people, they were wildly successful, too.

According to W. E. B. Du Bois’ “Black Reconstruction in America: 1860-1880,” what black and white men that weren’t massacred were compelled to vote Democrat. Even counties with vast Republican majorities didn’t register a single Republican vote—all thanks to the Klan’s brutal suppression.

Just a few short years after the start of its reign of terror, activities of the Klan began to cease—for a time—but the racist restriction of black gun ownership persisted.

Thanks to propaganda in newspapers and legal journals that an armed black American was little more than a ticking time bomb, many Southern states such as Tennessee, Arkansas, and South Carolina opted to price recently-emancipated black people out of gun ownership by banning cheap 50 and 60-cent guns.

It wasn’t just the Southern states who participated in the systematic disenfranchisement of the black gun owner, either.

In a 1985 masterpiece for Reason, William Tonso explains that, though they had a different focus than their Southern counterparts, gun control laws in the North were “no less racist and elitist in effect or intent:”

Rather than trying to keep handguns out of the price range that blacks and the poor could afford, New York’s trend-setting Sullivan Law, enacted in 1911, required a police permit for legal possession of a handgun. This law made it possible for the police to screen applicants for permits to possess handguns, and while such a requirement may seem reasonable, it can be and has been abused.

At the time, the Sullivan Law was especially effective at rendering it virtually impossible for any “undesirables,” especially Southern and Eastern European immigrants.

Think this is all a part of America’s regrettable history? Not quite.

More recent decades saw a shift from race-based laws with racist intent to broader laws under which the government told an entire class of citizens, though predominantly blacks, that “the right to keep and bear arms shall not be infringed—unless you’re poor.”

After the passage of the 1968 Gun Control Act, dedicated anti-gun journalist Robert Sherrill argued that the bill was “passed not to control guns but to control Blacks.”

According to Sherrill’s “The Saturday Night Special,” Congress was so jumpy after the riots of 1967 and 1968 that it passed the act to “shut off weapons access to blacks, and since they (Congress) probably associated cheap guns with ghetto blacks…leaving over-the-counter purchases open to the affluent.”

The ‘90s saw a slew of attempted gun bans on public housing residents, even at the federal level, though most—but not all—of these bills were swiftly struck down.

This decade also saw the growing popularity of a violation of the Second and Fourth Amendments in “gun sweeps” committed by police in “high crime neighborhoods,” something of a replacement to “stop-and-frisk” policies. Under these sweeps, studied by the U.S. Department of Justice as “Operation Ceasefire,” vehicles and “pedestrians who meet a specific profile that might indicate they are carrying a weapon” were searched, often after being arrested for something as petty as jaywalking.

Today, your average Democrat wouldn’t be caught dead arguing to keep guns out of black hands. The right-wing conservative, regardless of his race, makes a far more palatable scapegoat these days.

UP NEXT
Has Gorsuch Gone Rogue?