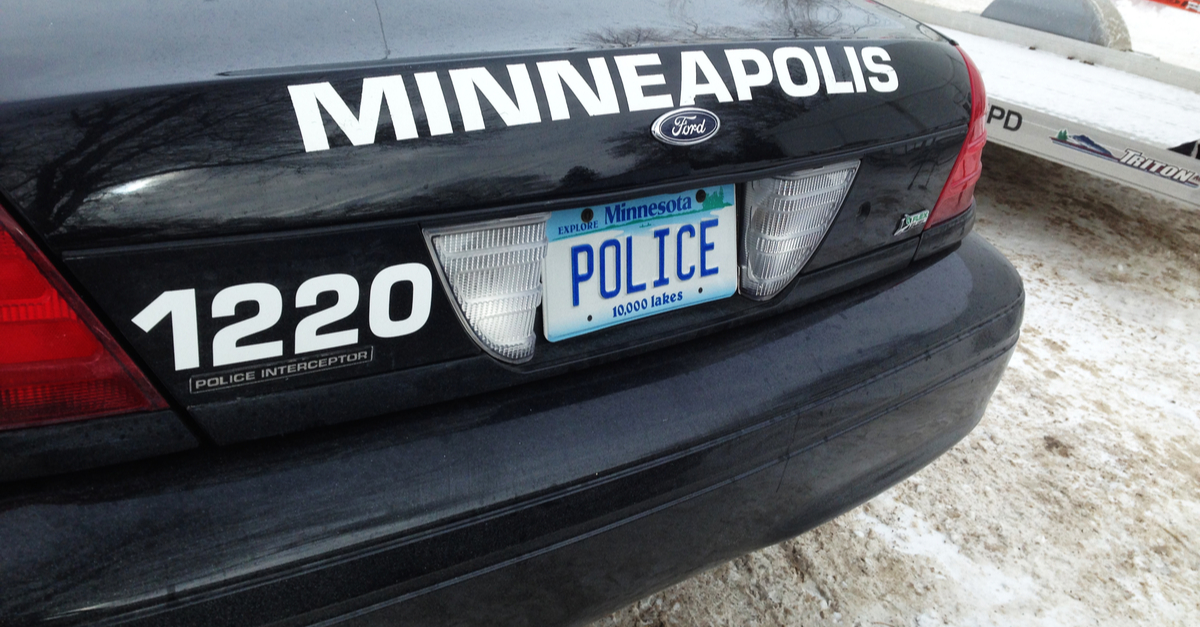 As the nation continues to grapple with the continued fallout of George Floyd’s death, a growing number of activists and elected officials alike are having earnest conversations about defunding and abolishing police departments in their communities.

The proposal is to replace the traditional police departments with what is being called “community-based” policing, something that sounds nice for the brief moment before you consider what form this would actually take.

It certainly sounds like a good idea, in theory, to move towards a model of maintaining civic harmony by employing the involvement of the community, i.e., individuals who are trained in things other than using potentially lethal force to apprehend criminals.

It is easy to forget that law enforcement officers are, in fact, members of the public themselves who, in a republic, are trained and funded by the community’s taxes, and subject to laws and regulations defined by voters and their representatives.

It’s almost as if we already have community-based policing, but police have been so demonized by recent political movements that the left is trying to reinvent the wheel.

And this is where things could go terribly, terribly wrong. It sure doesn’t seem like it right now, but we live in a civilized, developed country where police officers are subject to exhaustive training and piles of regulatory red tape when it comes to what they can and cannot do.

There is always room for improvement when it comes to said training and regulations, but even a very brief look at what happens when members of the public, rather than well-trained and experienced police officers, take the law into their own hands reminds us exactly why we have both law enforcement officers and the justice system that they serve.

Today we began the process to ask the people of Minneapolis through a ballot question in November to end the current policing system and establish a new charter department that provides for community safety and violence prevention.#novballot https://t.co/qt0PuHruwM

“We acknowledge that the current system is not reformable — that we would like to end the current policing system as we know it,” council member Alondra Cano reportedly said in a statement.

As Turning Point USA founder and Falkirk Center co-founder Charlie Kirk astutely noted, it was a very short time ago that the nation was shocked by a very poorly executed incident of community-based policing in the form of the death of Ahmad Arbery in Georgia.

Isn't "community policing" gone wrong what led to the death of Ahmaud Arbery?

“Gregory McMichael, one of Ahmaud Arbery’s alleged murderers, was a point person for cops just months before the killing … because we’ve learned police told at least one neighbor if there was a trespass, he should call McMichael and not them,” TMZ reported last month.

“According to text messages between an officer of the Glynn County Police Department and Larry English, the owner of the home under construction where Ahmaud’s alleged killers claim he was trespassing, police told English to call Greg instead of cops whenever Larry needed assistance” (emphasis mine).

“Obviously, so-called community-based policing isn’t as error-proof as the Minneapolis City Council seems to think,” BizPac Review notes, going on to explain exactly what was missing for both Arbery and Floyd.

Those two little words: due process.

BPR references a harrowing case in which a suspected rapist was brutalized and himself violated at the hands of overzealous would-be judges…and it turned out he had been innocent.

“After one person was raped, four men attempted to do justice, as they saw it. They set upon their suspect. One or more of them seized him, beat him, stripped him naked, violated him with the handle of a toilet plunger, and poured a bucket of urine over his head. He was 17 years old. And he was innocent,” the Toledo Blade reported in 2016.

Meanwhile, in Seattle’s “City Hill Autonomous Zone” or CHAZ, where activists are seeking to establish their own police-free community, the glaring need for law enforcement is quickly arising.

“Without the presence of police in the area, things can be dangerous for people accused of wrongdoing,” reports Town Hall’s Julio Rosas, who has been covering CHAZ from the ground.

“In one instance, a young man was accused of stealing a phone from another protester. A crowd quickly surrounded him and tried to interrogate him, with one individual brandishing a baseball bat in the man’s face. The accused thief was clearly frightened and explained he did not steal anything, to which the crowd asked why did he run away.”

It turned out, the phone had never been stolen, but this was established only after the man had run away.

What would have happened if he had been beaten bloody for something he never did?

This is exactly why we have a justice system. So that the innocent are not punished for their crimes without due process.

Police, like suspects, are all equally accountable before the law and thank God for that. George Floyd and Ahmad Arbery’s killers will both stand trial, before man and before God.

But to abolish the police will also abolish the systems of accountability that everyone is subject to, police and layperson alike.

Do we really need to completely dismantle our law enforcement structure just to find out how much we needed it in the first place?

UP NEXT
The Racist Institution of American Gun Control