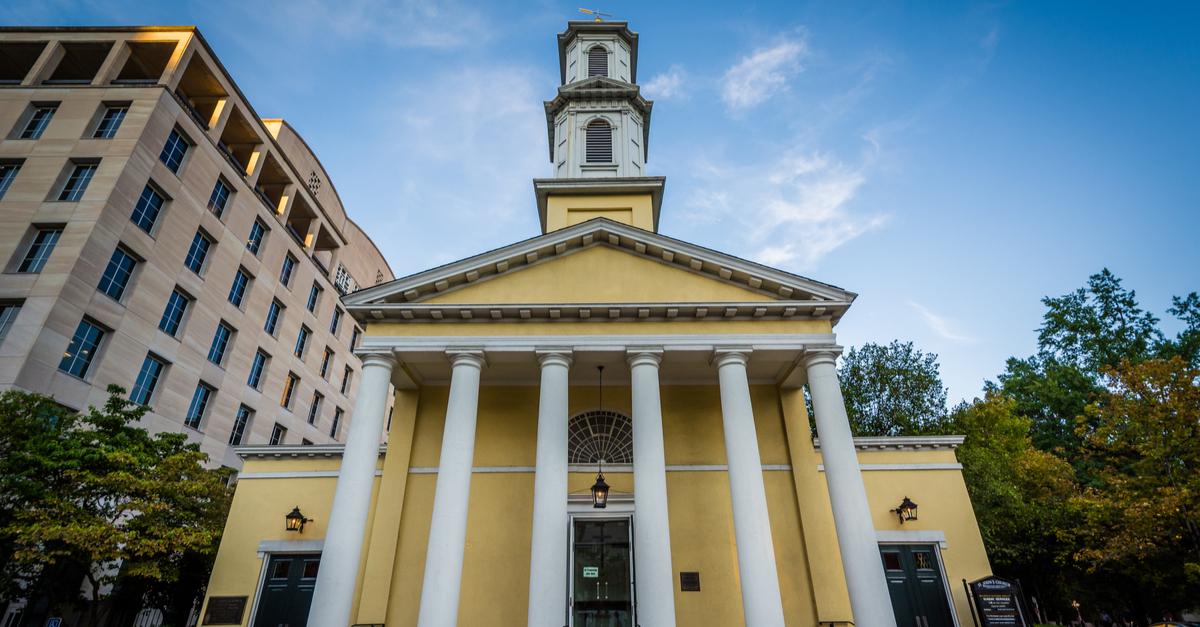 But a quick examination of these clerical critics displays fierce hypocrisy in their own Christian practice. Nobody expects Trump to be a saint, but clerical leadership should be held to a higher standard of Christian ethics – a standard these particular critics have grievously violated.

Below is a summary of the controversy, followed by an analysis of the Episcopal critics and their hypocritical approach to Christian values.

Trump’s Tuesday photo-op outside St. John’s church immediately followed his announced intent to deploy the U.S. military, in addition to the National Guard, if state leadership fails to gain control of the widespread looting. After his Rose Garden announcement, Trump walked off the property of the White House compound to visit the church despite crowds of protestors who gathered to demand justice for the late George Floyd.

Allegations have surfaced that authorities used tear gas and rubber bullets to disperse the crowd to make way for Trump’s appearance, but these claims have also been disputed by authorities.

“Everything Trump has said and done is to inflame violence. We need moral leadership, and he’s done everything to divide us.”

“[Trump] used a church building and the Holy Bible for partisan political purposes. This was done in a time of deep hurt and pain in our country, and his action did nothing to help us or to heal us. The bible teaches us that ‘God is love.’ Jesus of Nazareth taught, ‘You shall love your neighbor as yourself.’ The prophet Micah taught that the Lord requires us to ‘do justice, love mercy and walk humbly with our God.’”

An excerpt from Trump’s speech reads:

“The biggest victims of the rioting are peace-loving citizens in our poorest communities, and as their President, I will fight to keep them safe.  I will fight to protect you,” Trump said on Tuesday. “That is why I am taking immediate presidential action to stop the violence and restore security and safety in America.  I am mobilizing all available federal resources — civilian and military — to stop the rioting and looting, to end the destruction and arson, and to protect the rights of law-abiding Americans, including your Second Amendment rights.”

It’s a sad day for Church history when Church leaders advocate for abortion and same-sex marriage but then call a U.S. president “unbiblical.”

“But now that faith has come, we are no longer under a guardian, for in Christ Jesus you are all sons of God, through faith. For as many of you as were baptized into Christ have put on Christ. There is neither Jew nor Greek, there is neither slave nor free, there is no male and female, for you are all one in Christ Jesus. And if you are Christ’s, then you are Abraham’s offspring, heirs according to promise.”

The “all are one in Christ” clause of this verse is among the most abused sections of Holy Scripture used to justify sinful living. The “live how you choose, we’re all one in Christ,” argument blindly and rebelliously passes over the “have put on Christ” portion. Christ is holy, Christ is not relative, Christ is jealous of His people meaning that He wants EVERY part of us.

Salvation was not casually earned and thus should not be seen as a casual gift. God Almighty put Himself on a cross to appease the just wrath and judgment against us. As children of God we are to live in step with His calling, His intentions for our lives, and in obedience to His Word.

Living in sin as we so please is evidence of an unrepentant and unregenerate heart – this is nothing that a Church leader should be promoting.

Needless to say, while President Trump is no saint (a point his supporters don’t dispute) it is challenging to take these Episcopal leaders seriously. But it makes sense that they would be so opposed to Trump, given that his administration has been the fiercest combatant of abortion in American history.

Trump has done everything and more that liberals feared – and He’s doing it well.