Our war with China 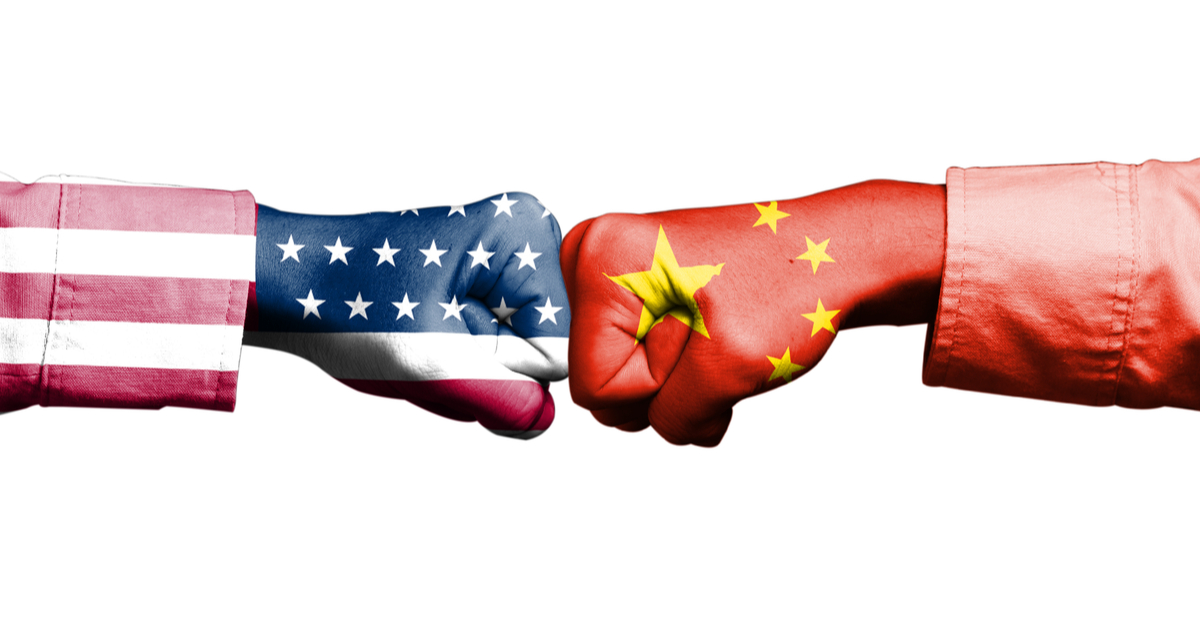 We are at war with the Chinese Communist Party (CCP). This atheistic, deterministic, materialistic, totalitarian dictatorship has actually been at economic, information, and cyber war with the West for at least six or seven years. Hopefully, this won’t end in a kinetic war. In order to avoid that, we need to defeat the CCP in both information and economics.

It’s really important for young Christians to understand that there are 1.4 billion people in China, but there are only 90 million in the CCP, and only a couple thousand of those individuals that really matter, with about a dozen families that are heirs to what are called the Princelings. So, it’s not China with which we’re at war—it’s the CCP. We need to understand, too, that this government does live organ harvesting from the spiritual people groups—from the Buddhists and underground Christians—because they can make more money taking organs from a live human being. They have Muslim concentration camps, and they have been crushing Tibet Buddhists for 30-40 years. They despise anything to do with spirituality and want it gone. They mostly hate Christians because Christianity is spreading like wildfire. This is a brutal government.

The COVID-19 pandemic, regardless of whether or not this came from a lab (we’ll know that soon enough from the global data), is part of the CCP war against the West. The Chinese government has continued to suppress information about this virus. We know for a fact that from the first week of December, when Patient Zero was discovered, all the way to the end of January, they suppressed the information from their own people and from the world. They didn’t allow people to travel around China, but they had no problem sending unsuspecting Chinese people throughout the world. Simultaneously, they vacuumed up all the Personal Protective Equipment around the world, collecting it up from Australia, western Europe, Brazil, and the US. This is premeditated murder. This is the most brutal, existential threat the West has ever faced. If we want to avoid a kinetic war around the Eurasian landmass, we must confront the CCP today.

What can young people do to combat this pervasive enemy? What practical steps can be taken when it’s so easy to throw up our hands and say, “This is too big”?

First, wake up to the reality of the situation and get educated about what’s going on. Don’t listen to the mainstream media but get the facts for yourself. Find out what the CCP stands for. This generation has a call to destiny, to do the unfinished work of the 20th century. We assumed that godless communism was destroyed with the fall of the Berlin Wall. But, right now, there’s a digital firewall around 1.4 billion people who thirst for freedom. The information war and the economic war are waging right now. I think it’s incumbent upon every young person to become as smart as possible about this, because their entire life is going to be framed by this competition between the godless communists and the Judeo-Christian West.

There are great resources that can set a solid foundation for action. The place to begin is the strategic warfare book Unrestricted Warfare, written in 1999 by two colonels in the People’s Liberation Army, who are both major generals today. It methodically lays out exactly what the CCP needs to do to take out the Judeo-Christian West and the industrial democracies. The Chinese government knows it cannot yet compete with the West in a kinetic war, but they can use an information war, cyberwar and, in particular an economic war. They can use laws, trade deals, and technology to turn on the West.

Other recommended resources include the following books:

These books provide a start on creating a knowledge base, but we must also read newspapers—always questioning what we’re reading.

A war on faith

Communist China is an atheistic, materialistic society, and they’ve tried to crush spirituality out of the Chinese people. There are Buddhists and Muslims, but there are almost 100 million house evangelical Christians, as well as about 25 to 30 million underground Catholics. The Church in China, although outlawed and persecuted, is strong and robust, and these people thirst for spirituality. The ruthless dictatorship treats people like things and doesn’t believe in the central tenant of the Judeo-Christian West: that people are made in the likeness and image of God.

So, in addition to educating themselves on the realities of the CCP, American Christians can be part of the solution by finding ways to contact the underground Church in China. The CCP is in an all-out effort to put an end to Christianity in China, but it is robust and growing. Anything young people can do to support and give sustenance to those Christians will make an eternal impact.

DON'T MISS
What’s the answer when a Christian says, ‘I no longer believe in God?’

UP NEXT
Woodrow Wilson – the Father of American Identity Politics