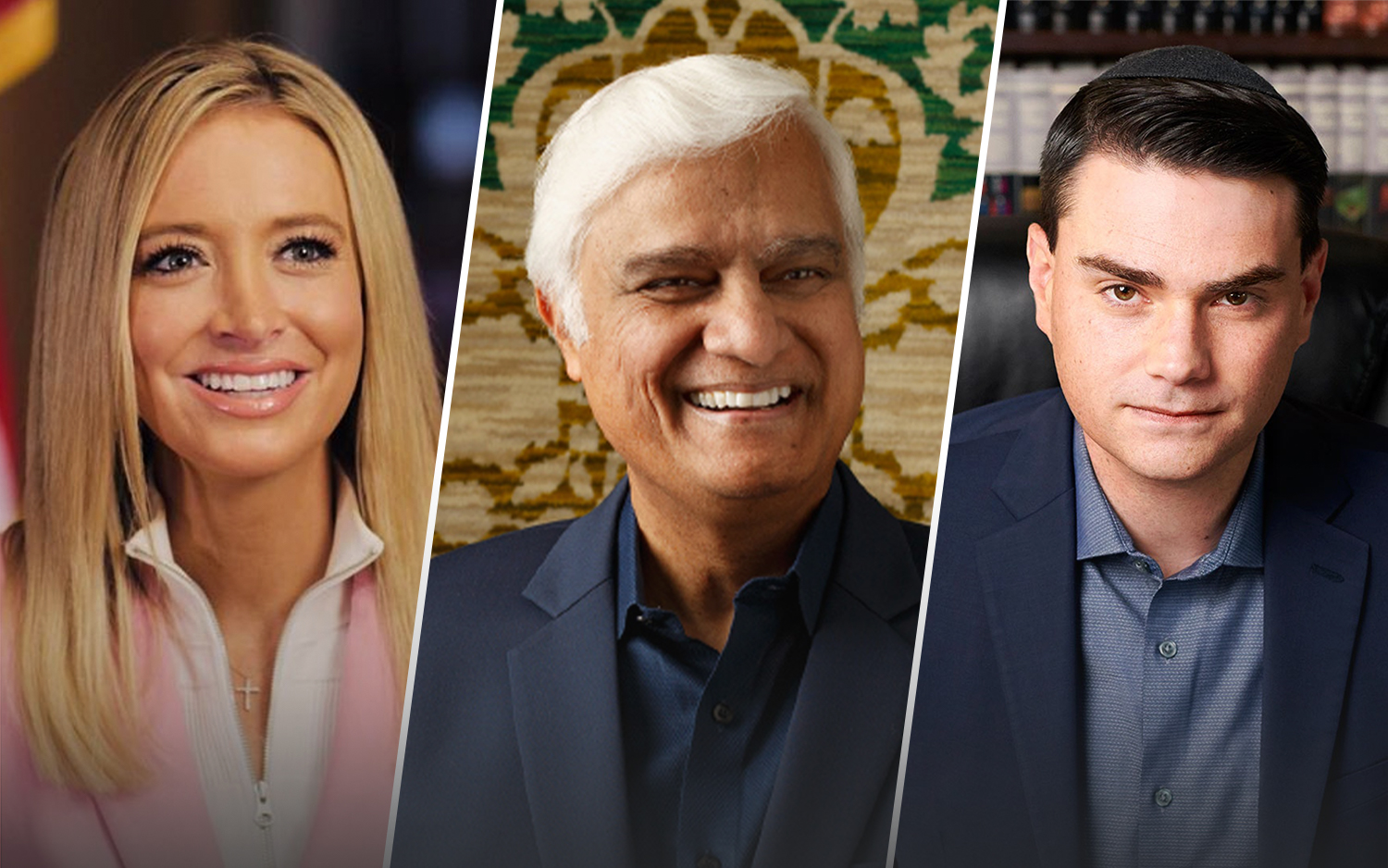 The influence of Ravi Zacharias is being exposed far-beyond the parameters of church events, college visits, and apologetics conferences. While it is expected that pastors would pay tribute to the late world-renown Christian philosopher, two public voices have also expressed their appreciation for Ravi Zacharias.

McEnany, a graduate of Georgetown University and Harvard Law School, told CBN News that Ravi “could equip you with those arguments where you didn’t have to check your brain at the door when you became a Christian where there is the intellectual foundation for everything we believe” and went on to say that Ravi provided a “philosophical and academic rationale for the heart that I had for Christ.”

The young press secretary concluded her statements saying that Ravi’s life “may have ended, but his life continues in the next life. He is someone I’ll meet in heaven and rest assured his legacy will always be here and he will continue to change lives.”

Read more about McEnany’s interview with CBN News regarding the Trump Administration.

Ben Shapiro tweeted his admiration for Ravi the morning of his passing, saying “A terrible loss. Ravi wasn’t just a great man — he was a good one, which is far more difficult and important.” Ravi’s passing comes two months after an interview with the Daily Wire where Shapiro asked Ravi how people should prepare themselves for the uncertainty of the COVID-19 epidemic.

“We have to combine our faith and trust in God with wisdom common sense. Trusting God doesn’t mean you’re careless in what you do…What we need to avoid is the two extremes oftentimes that happen. Panic and fear on the one side and indifference on the other side.”

Ravi’s advice came full circle as his diagnosis of terminal cancer was manifested into many posts of encouragement that he shared with others during his last days on earth. The interview continued with Ravi describing the purpose of prayer:

“Prayer is not so much bringing God to our beck and call to align with what we want as much as it is the process where our hearts get conditioned to seek His will and come into alignment with what it is He has for us.”

UP NEXT
Hope in Uncertainty