Home ›Limited Government›Congress is Essential: Why Remote Voting is an Antithesis to What the Founders Intended

Congress is Essential: Why Remote Voting is an Antithesis to What the Founders Intended 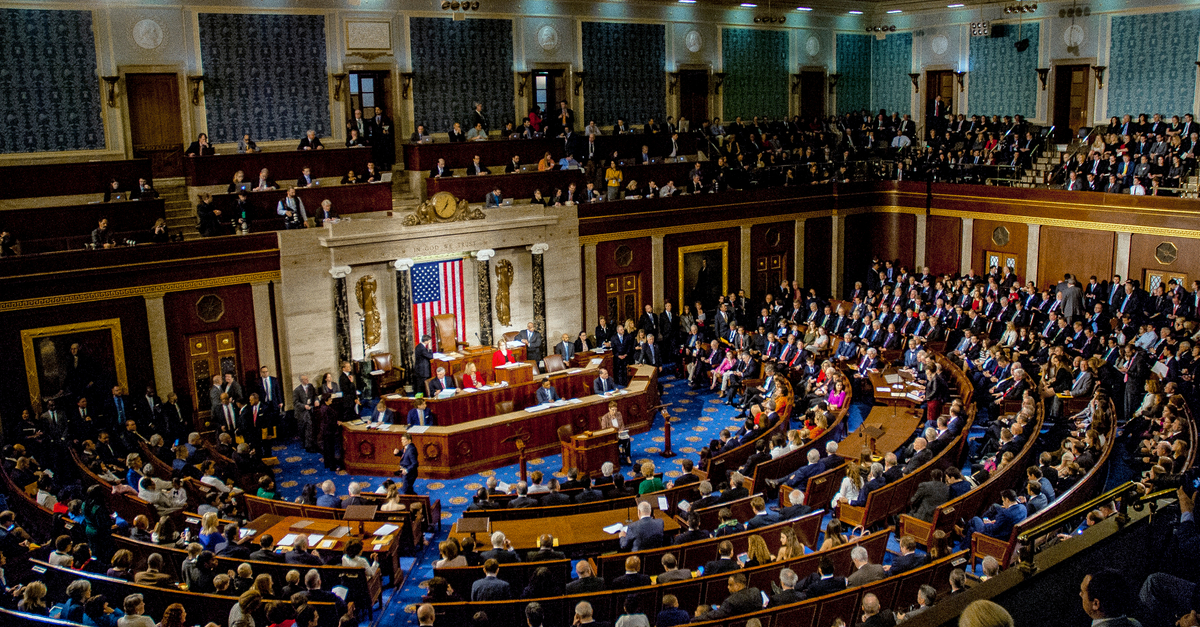 The effects of the coronavirus pandemic permeate nearly every aspect of life. Certain liberties have been threatened as a result of the national response, and age-old institutions have adapted to a new normal, including the centuries-old institution of Congress.

The U.S. House of Representatives voted on Friday, May 15 to allow remote voting during the pandemic for the first time in its 231-year history. The vote of 217 to 189 fell largely along partisan lines.

A measure like this to limit in-person voting was attempted following Philadelphia’s yellow fever outbreak in 1793, the influenza outbreak of 1918 and the terrorist attacks of Sep. 11, 2001, but has never successfully passed until now.

This bold and historic decision is unprecedented and an antithesis to what the founders intended.

Stripping Congress of its primary function is in direct defiance to the institution, itself. Congress means “to come together” and this is part of what makes our design of government so beautiful and uniquely American.

In a nation united by its differences, Congress ensures a represented populous and the maintenance of checks and balances. Congress celebrates that though national opinions differ, we reach better decisions when we come together. Congress is “We the People” personified.

Voting remotely diminishes the function of the House to meet, discuss and debate to reach a decision. Republican House leaders spoke out against the decision that strays from national roots.

The ungathering of Congress is both unconstitutional and un-American.

Our Founding Fathers were bold in their beliefs and sacrificed greatly to construct the legislative framework we take for granted. They deemed it necessary to establish a legislative branch with representatives to advocate for people across the nation and they safeguarded this through the Constitution.

“Our founders used to ride days on horseback, on wagons, through unkind conditions to get to D.C.,” Rep. Doug LaMalfa (R-Calif.) said. “Us, we only have to brave TSA lines and occasionally a delayed flight. … The Constitution here did not catch the virus. Why are we voting on a measure here to basically suspend it?”

Congress is the manifestation of our national motto, “E Pluribus Unum,” which is Latin for “out of many one,” bringing voices from across the nation to rally in one place.

With a national population of over 328 million, the 435 members of the House of Representatives are elected to speak for the unheard American, so everyone has a seat at the table. Unlike the Senate with only two senators from each state, the House’s population-based representation is a more in-tune microcosm of the national heartbeat.

From the skyscrapers of New York to the cornfields of Nebraska, the House is unique as it allows the intersection of ideas from each corner of the country, just as the founders intended. America was built on the idea that when we make the effort to come together, we are made better.

In an age of distinguishing essential and non-essential employees, the convening of legislators is an essential for maintaining our national framework and expediting solutions.

Yes, the pandemic and its repercussions are unlike anything we have ever experienced, but our response to this does not require us to diminish the nation’s legislative framework.

It is possible for legislators to vote and discuss while remaining socially distant, just as it is possible for us to still go grocery shopping. Social distancing measures are already in place at the Capitol and the Republican-led Senate already returned to work in Washington, D.C. with limited staff.

“We can continue to work in a safe and effective manner without overturning 230 years of constitutional and legislative tradition,”  McCarthy said, according to NPR.

In the 1860s, as the Civil War waged and the nation threatened to buckle, Congress still convened. During the war, the U.S. Capitol served as a military hospital, while construction on the unfinished Capitol dome continued, as a reminder that even in the darkness of war and division, America would survive.

Today, Americans especially need the reminder that the Union, and its values, will prevail.

The decision to vote remotely and neglect the convention of Congress is a slippery slope that could result in a further deviation from American ideals. The pandemic forces us to alter aspects of our life, but it does not allow to indefinitely redefine a foundational institution of the United States.