Home ›Limited Government›The falling away of freedom: A conversation with Glenn Beck

The falling away of freedom: A conversation with Glenn Beck 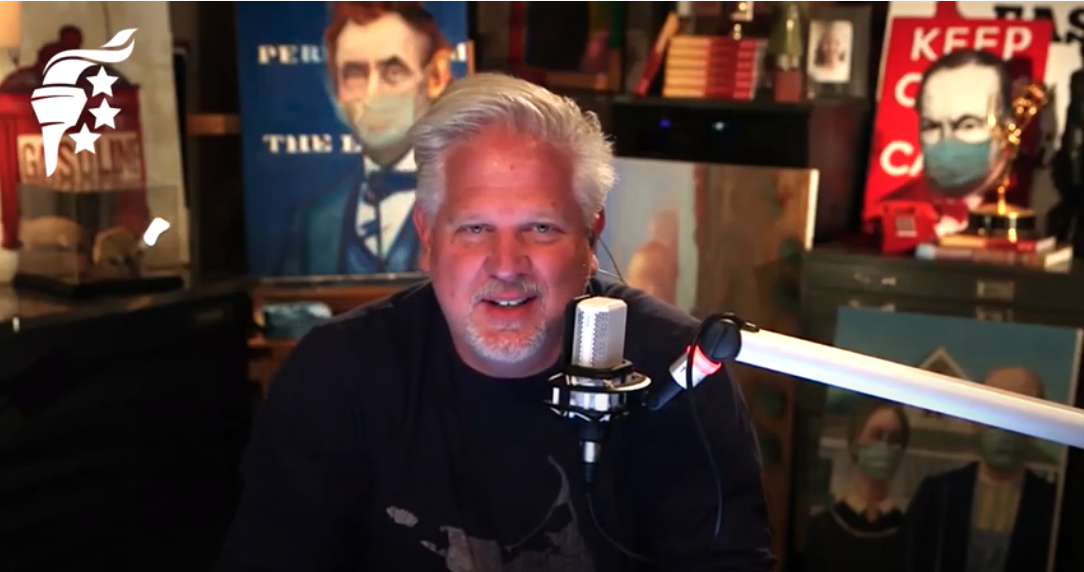 The foundation of this great nation is crumbling. Various forces are pulling, pushing, and hammering at her building blocks of liberty and faith. On a recent Falkirk Center podcast, we sat down with Glenn Beck to hear his thoughts on the current falling away of American freedom.

You can’t defend what you don’t remember.

Socialism and social justice are the principal trends attracting young people. It’s even crept into many Christian denominations. But this makes a lot of sense. When you look at someone who is 25 years old, for example, they were born during Timothy McVeigh—we just passed 25th anniversary of the Oklahoma City bombing. So, they have no idea of what America was like before that bombing. In fact, one of their first memories might be 9/11. Thereafter, there was a pervasive sense of not being safe. There was political divisiveness, which started during that time, as well as large-scale government growth. And this time also initiated a never-ending war. Right on its heels came the housing bubble of 2008. Their parents may have been worried about their jobs or perhaps lost their savings. We have to remember that these young people have no perspective of pre-9/11 society.

And now, the next great global event is here. If I’m 25 years old today, I’m thinking, “What we’re doing in this country is not working. None of this works. My parents are always struggling. Meanwhile the fat cats always seem to get bailed out with mom and dad’s tax dollars—or my tax dollars.”

They also don’t remember the Soviet Union. So, when the left comes in waving a flag of socialism and purported justice for the little guy, it’s attractive to that generation.

Socialism isn’t what you think it is.

Communism is actually the utopia that Socialism is meant to grow into. But first, Socialism has to get rid of all the people who don’t agree. In America today, that would be at least 30-40% of people who’d never go for collective salvation. So, when that happens, what do you do with them? You have to lock them up in concentration camps, “re-educate” them, or kill them. That’s what Communism seems to be. But those terrifying actions are, in fact, Socialism trying to become Communism. Not exactly the “happy” view leftists have of Socialism.

Winston Churchill said, “If you’re not a liberal at 20, you don’t have a heart. If you’re not a conservative by 40, you don’t have a brain.” So, it’s easy for the left to go after people in their twenties and thirties by playing the compassion card. And that’s what collective salvation and liberation theology is all about. The point is to take Socialism and hijack the Church—and to hijack Jesus, proclaiming “social justice.” But there is no such thing as social justice. There is only the Lord’s justice and man’s justice. And man’s justice is always flawed.

Amid all the leftist shouts against Capitalism, the truth is that Capitalism hasn’t been tried in this country in a really long time. There’s a long history of heavily regulated industries—energy and healthcare, for example—as well as red tape, price controls, etc. Ironically, Capitalism is more alive and well in the country most liberals hold up as the epitome of Socialism: Sweden.

But Sweden is not a Socialist system. They tried it, and it failed. They are actually the only ones that got out of it without a revolution. Presently, Sweden is a freer market by far than we are. They are much freer of regulations. But it’s not just regulations, it’s about who is creating those regulation. For example, you hear Mark Zuckerberg say, “We want regulation!” What businessman wants more regulation? None! He doesn’t want regulation. He wants to help write the regulations for everyone else in an effort to take control.

We saw this happening under FDR, and we put great carmakers out of business. The government asked the Big Three automakers to put together rules to regulate the industry. Of course, they were happy to oblige because they were able to “regulate” the little guys completely out of the picture. The other manufacturers were never able to compete—and to this day, those three are all we have. Who gets regulated depends entirely on who is writing the regulations.

Conservatives must sing the praises of change too.

Liberals and leftists talk about “change” all the time. But Conservatism is also about change. To “conserve” inherently entails looking at something and judging whether it’s working or not. Then, you keep moving forward with the good, and you jettison out what’s not. Conservatives change, but we only change what doesn’t work while strengthening what will preserve truth and liberty. We don’t talk enough about that.

Liberals look like the party of change because change is all they ever talk about. Unfortunately, they want to change all the things we hold as foundational to American freedom.

When it comes to conservative issues, we have to look at the Declaration of Independence as our nation’s mission statement. And the Constitution is our owner’s manual. We have inalienable rights, and the government has been instituted to protect those rights. There has never been a better mission statement in the history of the world—and we’ve gotten closer than mankind ever has. But, right now, we need to figure out what’s stopping us from getting there.

A new covenant is needed.

We are on the edge of losing our country. Once COVID-19 goes away and the ultimate fallout realized, it will probably be two generations until we get back to where we just were—if the battle for that end is won. Darkness will use the good of this country to create evil. I believe what’s coming will make the Nazis look like kindergarteners in the sandbox.

Interestingly, someone in the Pennsylvania House of Representatives recently suggested they make a new covenant with God—they were shouted down and silenced. There was also a recent effort in Congress to pass the exact same Proclamation that Abraham Lincoln did—word for word. No one would take it up.

But the Lord is requiring this of us. We haven’t just forgotten Him, we’ve mocked Him, ridiculed Him, and chased Him out of our lives and from the town square. We, as the owners of our country and of our own lives, must make a covenant renewal with God.

In order to have self-governance, you have to have a generation capable of surrendering to God. Most of today’s generations have not been taught to do this. But sometimes, you don’t have to be taught something—you just have to lose everything to learn the lesson. Global food shortages and another great depression are upon us, we just don’t realize it yet. A great humbling is coming. I just pray we turn back to the Lord before it’s too late.