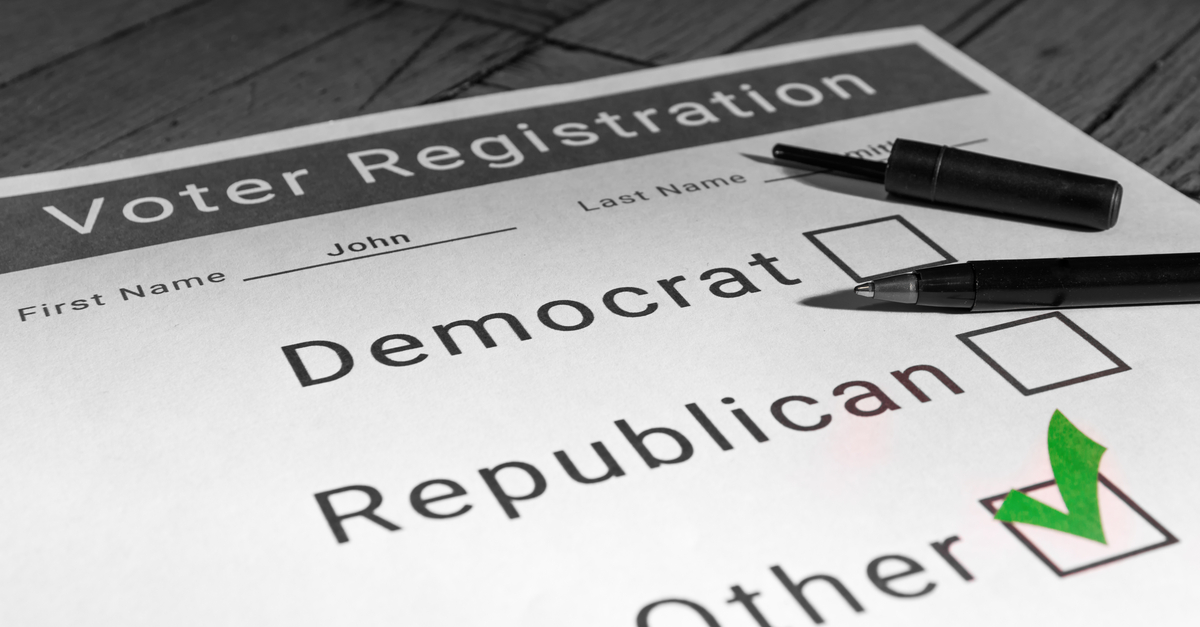 As November approaches, America is facing another nation-defining election. As evidenced by the infringement of religious liberties during the COVID-19 pandemic, and statements by former presidential candidates like Beto O’Rourke, our religious freedom is at stake.

Abortion is a sin. Traditional relationships are biblical. This is not a standard that people set to be narrow minded, hateful or unloving. It is a standard set by God to show us that our very life and sexuality are sacred entities.

As a religious people, we should always vote for the candidate who is most likely to preserve the moral grounds for our nation to continue to worship freely and support our Judeo-Christian values. But as Christians, we must also consider which candidate is going to fight for the rights of the unborn and preserve our nation’s Christian heritage.

Voters are facing a new variable in the 2020 election that will likely divide the Christian vote: U.S. Representative Justin Amash (I-Mich.) has announced his bid for the presidency.

A Libertarian candidate, Amash has been an outspoken critic of President Trump. He recently tweeted that this upcoming election, “will be between one candidate who trusts individuals to make their own decisions and two candidates, Donald Trump and Joe Biden, who believe in controlling people’s lives.”

This is likely to spark debate among Christian voters. Who should we vote for? Why? Which candidate is truly best for the country?

These are all legitimate questions, and it is important to take several things into account.

Justin Amash will divide the vote.

This is the natural effect of third-party voting. Some voters from one of the two traditional parties will seek refuge in the third-party candidate. Historically, the left seems to swing for Independents, while the right will often lean towards Libertarians.

Justin Amash runs on a strict Libertarian bill, condemning both Republican and Democrat politicians for “invasiveness” in the lives of Americans. One thing Amash has going for him with swing voters is his ardent support for the Second Amendment.

There is a reason there has never been a Libertarian president. It is historically not popular among conservatives due to the lack of morality in Libertarian decision-making.

It is often said that “You cannot legislate morality.” As an inherently moral people, we know this to be false. We can and should legislate against objective evils and for objective goods. Many Libertarians claim to be ‘personally pro-life,’ but politically pro-choice. Amash, when asked about his position on the matter, gave his personal opinion on abortion but dodged taking a moral stance on the matter:

Amash seemed adamant about not speaking out against the immorality of abortion. Instead, he seeks to limit the conversation to the government’s role, leading us to believe he would not seek to make abortion illegal. While it is certainly a good thing that he seeks to restrict abortion and is pro-life, intentions matter.

Third-party voting begs the question of choosing between the lesser evil or the greater good.

This concept of choosing the lesser evil was highlighted in the 2016 election. Trump had not secured the votes of a large number of conservatives, but many voted for him anyway because they saw him as the better option. Likewise, many of Hillary Clinton’s voters did not see her fit for president, but they still voted for her for the same reason.

Since then, much has changed. Most of Trump’s swing voters in 2016 seem to be adamant supporters going into 2020. What has been overlooked about this election cycle was the somewhat disguised third-party vote prior to Justin Amash: Bernie Sanders.

Sanders ran as an independent in 2016 but came back for the 2020 ticket as a nominal Democrat. A self-proclaimed “Democratic-socialist,” Sanders was undoubtedly a third-party candidate. Calling for unfettered universal healthcare and education plans, his progressive socialist agenda separated him from establishment Democrats entirely. When he dropped out, thousands took to Twitter to make their opposition to Biden clear: “We are not endorsing Joe Biden.”

Donald Trump and Justin Amash have many commonalities, with respect to constitutional rights at the forefront of their campaign promises, so who should we choose? This predicament is now in the hands of right-leaning voters.

How should we vote as Christians?

The answer is found in the Bible. Government matters. Authority matters. This is premised in Romans 13:1, “Let every person be subject to the governing authorities. For there is no authority except from God, and those that exist have been instituted by God.”

God tells us to allow righteousness to take precedent. “When the righteous thrive, the people rejoice; when the wicked rule, the people groan” (Proverbs 29:2).

There will never be a perfect candidate in any political position because perfection is reserved solely for the kingdom of Heaven. Our earthly rule will be imperfect because of our sinful nature. Since God calls us to be a governed people within the confines of his supreme authority, Christians must take it upon themselves to vote in a way that most aligns with God’s commands.

Third-party voting’s biggest threat is splitting one of the two parties’ votes and compromising a win for either one. Justin Amash could split the vote among the political right, which increases the threat of a presidency that is less aligned with Christianity’s core values.

Not voting at all and voting third-party share at least this in common: both carry the risk of winning the battle, but losing the war. Just as not voting can result in the least ideal outcome, third-party voting can do the same.