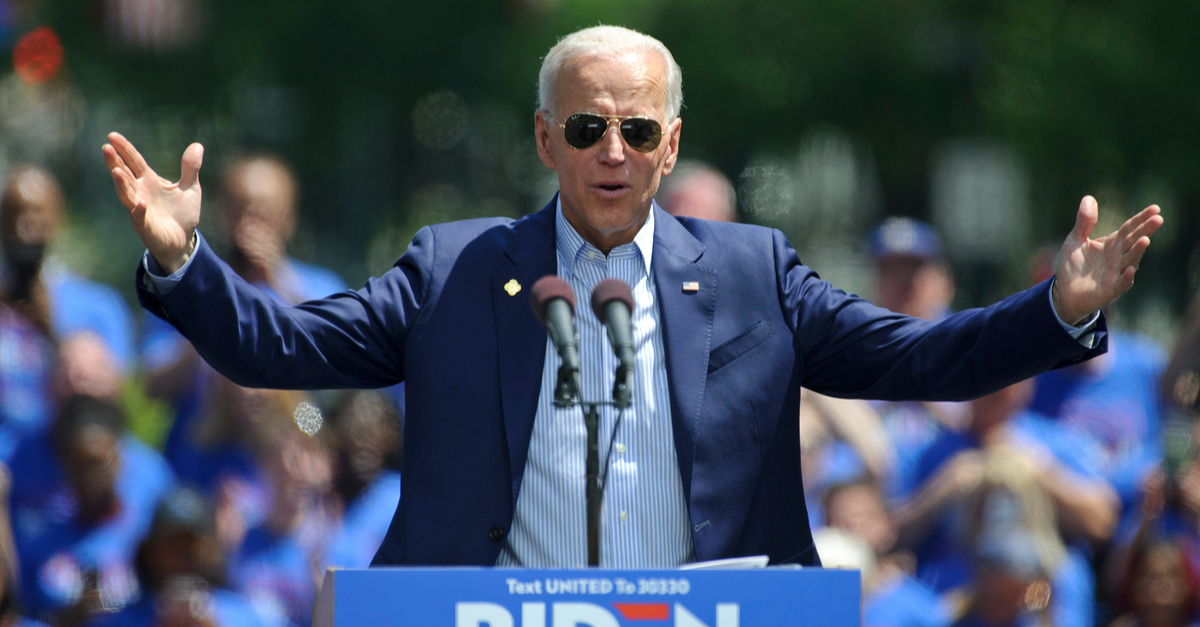 The ability of a candidate to garner enthusiasm has been a proven factor in deciding Presidential elections in the United States. An uninspiring personality simply cannot rally voters to the polls. Unfortunately for the Democrats, their presumptive nominee and former Vice President, Joe Biden, has a glaring inspiration problem. Even before becoming mired in a sexual assault accusation by Tara Reade, a former Biden staffer during his tenure as a U.S. senator, Mr. Biden hasn’t exactly been the best public speaker. However, now that a credible allegation of sexual assault has been made public by Tara Reade, Biden’s communication weaknesses have been exposed and magnified.

The context is—or should be—rather embarrassing for the left. In September 2018, Democrats defended a series of circumstantial sexual assault allegations against now-Supreme Court Justice Brett M. Kavanaugh by Mrs. Christine Blasey Ford. The allegations were hearsay, based on inconsistent 30-year-old memory recollections by Mrs. Ford and an inability to gain adequate witness corroboration of her story. After a brief FBI investigation, Mr. Kavanaugh was confirmed narrowly by the U.S Senate, but Senate Democrats still insisted that Mr. Kavanaugh was guilty, and Mrs. Ford was telling the truth. An entire movement erupted (#MeToo) that had radicals always shouting to believe a woman’s claims.

That is, when it suits the right narrative.

When confronted with allegations regarding Mr. Biden—accusations that do have witness corroboration—Democrats are dismissive, and give Biden the benefit of the doubt across the board. The left’s concerted reaction is exemplified by Speaker of the House Nancy Pelosi’s dismissive treatment of a reporter who pressed her on the issue during a press briefing, and by former Georgia gubernatorial candidate Stacy Abrams saying she wholeheartedly believes Biden’s side of the story.

Despite the attempts by high-level members of their party to dodge the Tara Reade accusations, Democrats now have to defend their own extreme, unrealistic standards on sexual assault. This reluctant justification leaves millions of voters across the country conversing with friends and family to buoy collective enthusiasm in support of their candidate.

After attending a Trump rally after the Iowa Caucuses, one progressive voter from New Hampshire, Dr. Karlyn Borysenko, revealed that that Democratic party is out of touch with reality and decided to endorse President Trump over Biden. While this happened before the Tara Reade story broke, Dr. Borysenko’s story is one that represents potentially millions of Americans who do not feel inspired by Biden or believe he is capable of the leadership they want in a candidate.

Biden’s lack of charisma, enthusiasm, and messaging clarity have been ongoing factors that many of his supporters have been trying to ignore. However, with the Tara Reade story out in the open, they are being forced to defend the outrageous #MeToo standard previously set during the Kavanaugh hearings and convince themselves all is well. The only other option right now for the left is to point elsewhere and yell, “Squirrel!” in hopes the rest of us will look the other way while they work to bury the truth.