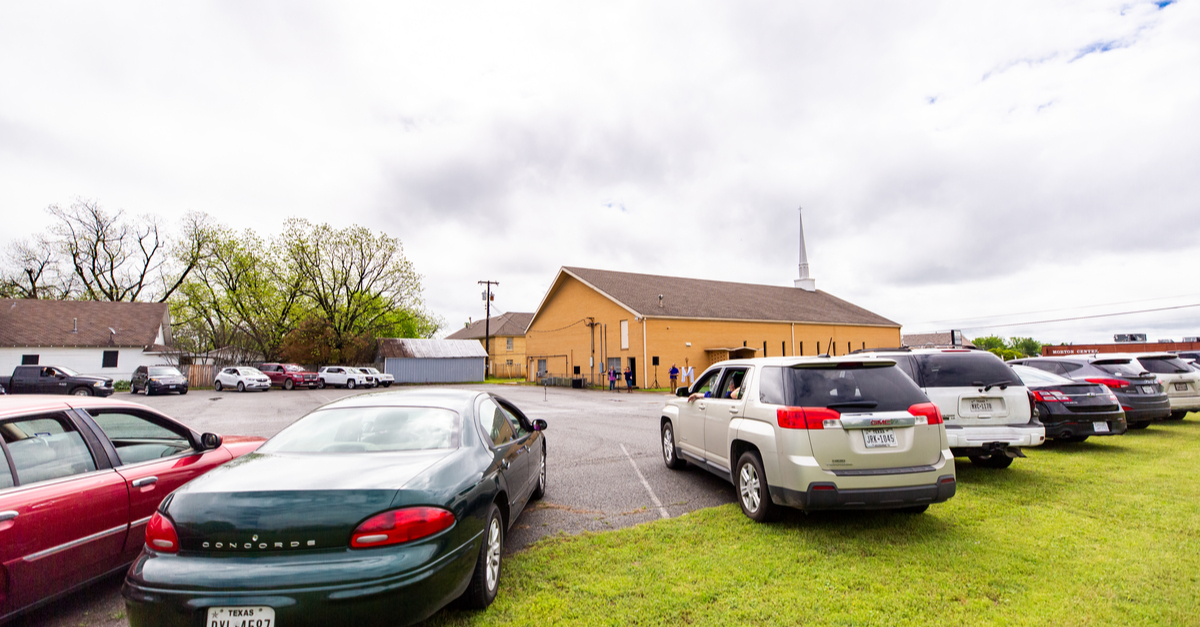 The biased restrictions placed on churches during COVID-19 are less about the health and well-being of churchgoers and more about the government controlling religious entities. States across the nation are banning drive-in church services, where attendees remain in their vehicles and tune in to the pastor through the radio. Some local governments have gone so far as to fine churchgoers $500 each for attending such services. Meanwhile, abortion clinics, Starbucks drive-thrus, and drive-in movie theaters are deemed “essential” and permissible. How is it that drive-in church services are a “threat” to public health, even though attendees abide by the CDC guidelines on social distancing? This type of bias against religious entities is not only outrageous, but it’s also unconstitutional.

We know that the First Amendment of the Constitution of the United States of America clearly states, “Congress shall make no law respecting an establishment of religion, or prohibiting the free exercise thereof.” However, the government does have the right to place certain restrictions on religious entities if the government has a compelling interest, such as protecting the public from the spread of a pandemic. Where these restrictions come to violate our religious freedom is when they place burdens on religious entities that non-religious entities do not face- which has happened time and time again in various states across the nation.

For example, on April 10th church members in Mississippi were fined $500 each by the City of Greenville for attending a drive-in service with their windows up. The mayor of Greenville claimed the attendees violated an imposed curfew. Meanwhile, the city was allowing citizens to attend drive-in restaurants in the same area. Although the state of Mississippi designated churches “essential services,” the City of Greenville singled-out churches by not allowing them to operate even though they followed the social distancing guidelines outlined by the CDC. The Department of Justice filed a Statement of Interest in this case, as they recognized the clear bias enforced by the City of Greenville. Attorney General William Barr gave the following statement regarding the issue, “The United States Department of Justice will continue to ensure that religious freedom remains protected if any state or local government, in their response to COVID-19, singles out, targets, or discriminates against any house of worship for special restrictions.” According to the DOJ, the city has since dropped the fines but will continue to enforce the order.

What is the motive behind such blatant bias? The answer is clear: control. There are certain activist governors, mayors, and elected officials who have a desire to control religious entities – specifically Christian entities and are doing so under the guise of “public interest” while exploiting a global crisis to do so.

Why do they want to control churches and Christian ministries? Because Christianity is a threat to their secularist agenda that seeks to promote a culture of death, the breakdown of the family, and a society that looks to the government as their moral blueprint, not God. They want to replace God with government and will do so by any means necessary.

As Americans, we must understand that a reaction of silence to such sinister infringements on our religious liberties empowers the government to further restrict our rights in the future. Even in a state of global crisis, unconstitutional violations to the right to freely exercise our religion must be rejected. As Attorney General William Barr said, “The Constitution is not suspended in times of crisis.” Yes, these are unsure times, but our constitutional rights remain certain.

Gia Chacón is a humanitarian activist, speaker, and Founder of March for the Martyrs.