Home ›Life & Culture›Homeschooling and government infringement: the struggle over the American education system

Homeschooling and government infringement: the struggle over the American education system 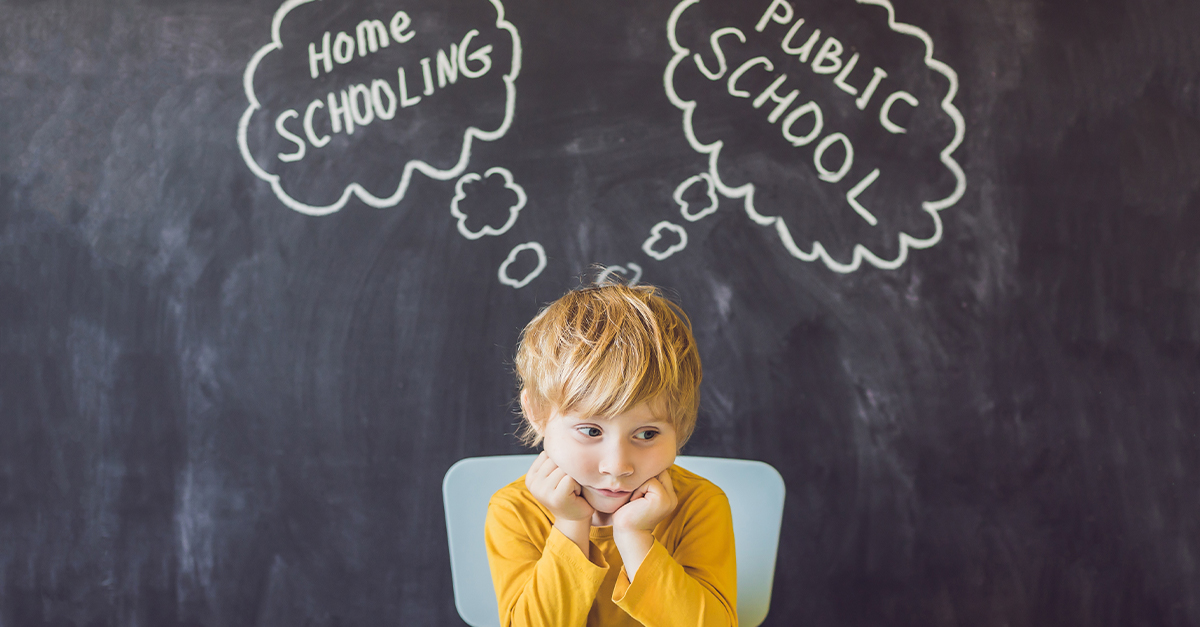 Education is an issue of tremendous importance to the American people. While we all believe educating the next generation is imperative, the principle of homeschooling is currently under attack by the academic left and liberal organizations. There is a social and legal battle between the “societal good” of the states monitoring education and the right of parents to control their child’s schooling.

The Founding Fathers did believe that it was a function of the state to provide education to its citizens. Benjamin Franklin said, “A Bible and a newspaper in every house, a good school in every district – all studied and appreciated as they merit – are the principal support of virtue, morality, and civil liberty.” The Founding Fathers believed that the state should provide a proper education to consenting individuals. The distinction that should be drawn, however, is that they believed the state should provide an education, not mandate one. The primary difference between 1776 and 2020 is that parental rights have been neglected for government authority, both legally and societally. An increasing number of those on the political left would prefer to replace the education of children with the will of the government rather than the parents.

To highlight how education has changed within the U.S., we can look first to a well known university. Elizabeth Bartholet, Harvard law professor and the director of the Child Advocacy Program, is one of the most vocal critics of homeschooling. To provide context, do not let the “Child Advocacy Program” title give you any false notions of bipartisanship. The Child Advocacy Program’s mission is to eliminate homeschooling and is dedicated to diminishing the preservation of the family. Bartholet vocally argues that homeschooling “not only violates children’s right to a ‘meaningful education ‘ and their right to be protected from potential child abuse, but may keep them from contributing positively to a democratic society.” There are two pivotal issues with Bartholet’s assertions.

Firstly, child abuse is not the result of an education system, but are the actions of truly evil individuals. Bartholet’s assertions are primarily based on anecdotal evidence and do not represent the education field as a whole. This is not to make light of a victim’s experience but to simply highlight the academic dishonesty of Bartholet’s assertions.

Secondly, the value belief that homeschooling is directly opposed to a proper education is contrary to the facts. If Bartholet’s assertions are correct, the test scores should mirror this claim. On average, homeschooled students score about 72 points higher than the national average on the Scholastic Aptitude Test (SAT). The average American College Test (ACT) score is 21. The average score for homeschoolers is 22.8. Additionally, homeschooled students typically score 15-30 percentile points above public-school students on standardized academic tests. These facts show that Bartholet’s claims are patently false and her assertions are completely destitute of basic research and academic scrutiny.

Bartholet believes that the government should have absolute authority over a child’s education. The problem with this belief is that children simply become a product of the state; an entity to be controlled and manipulated. The crux of the anti-homeschooling movement is that the education of the next generation is a part of the “general interest of society.” The problem with this philosophy lies in who decides what is best for the general interest. This dangerous notion is essentially the tyranny of the majority. The Founding Fathers understood this perilous belief, which is why they vehemently protected the idea of freedom and God-given rights, including with the education of children.

The legal challenges and social criticism that homeschooling has had to endure would enrage the Founding Fathers. Just as they fervently supported the freedom for parents to choose their child’s education, so must we protect the individual liberty and God given right of parents to educate their children as they deem fit. As the up-and-coming leaders of our generation, we must pick up the torch of freedom and carry it onward, unequivocally standing for the moral and legal justice of the parental right to educate their children.

Nathan Wehrly is a senior at Liberty University and serves as the Speaker of the House in the Student Government Association.