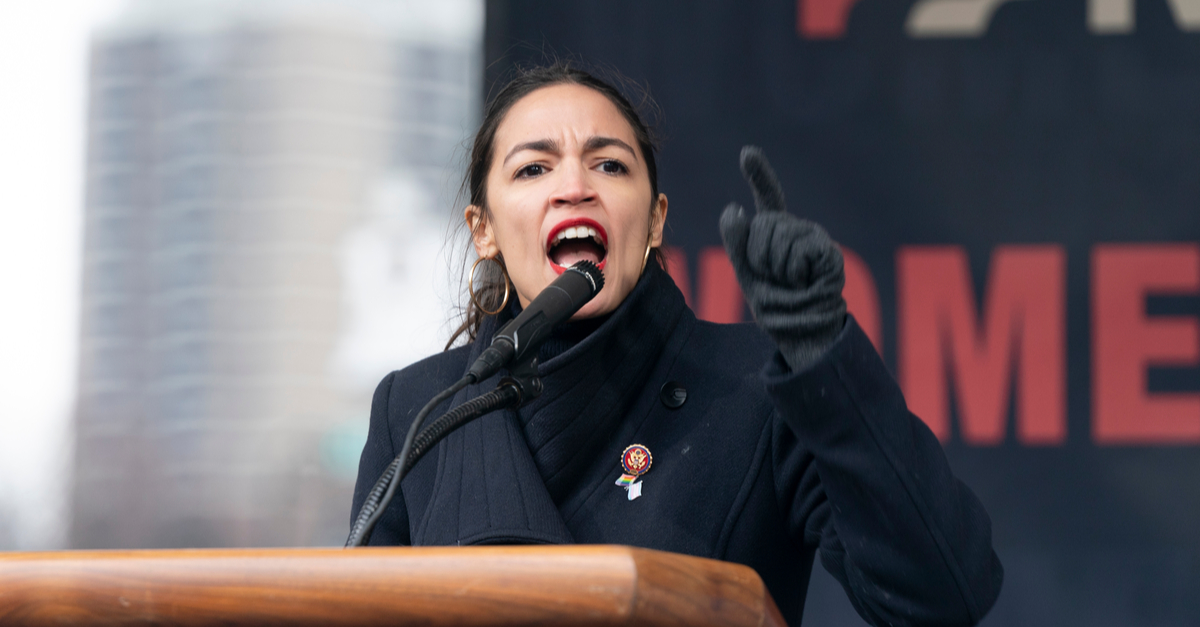 Democratic Representative Alexandria Ocasio-Cortez (affectionately known as AOC) is no stranger to public scrutiny. A previous supporter of the failed Presidential candidate Bernie Sanders, AOC has redefined what it means to be an ignorant politician. She exclaimed that the world will end by 2031 unless we implement her Green New Deal. And she baselessly claimed that historic unemployment lows under President Trump were only “because everyone has two jobs, [and] people are working 60, 70, 80 hours a week and can barely feed their family.” The woman walks among the hallowed Congressional halls and cannot even name the three branches of government. Across the board, AOC has consistently shown a lack of economic and political knowledge.

More recently, AOC delighted in the suffering of the U.S. economy, saying she “absolutely love[d] to see” the oil markets plunging and the economy in distress. This disaster has resulted in mass unemployment and has further strangled the economy, and AOC ‘loves it,’ because now she can push her Green New Deal down America’s throat—a deal that, in theory, is impossible because it involves completely gutting American energy, which would kill off one-third of the U.S. economy.

Now, in the midst of economic collapse and more than 26 million unemployed, AOC knows exactly what to do: “Just say ‘no,’ we’re not going back to [work].”

Last week, President Trump took to Twitter calling for the reopening of states whose governors are trying to prolong the shutdown. In a series of tweets, he wrote, “LIBERATE MICHIGAN!” and ”LIBERATE MINNESOTA!” and “LIBERATE VIRGINIA!”

But AOC is actually demanding the opposite: We shouldn’t go back to work, even when we are able to. In an interview with VICE, Ocasio-Cortez explained her position.

This statement is false and uneducated.

According to the Bureau of Labor statistics, only 6 to 7 million Americans hold more than one job. The average employed American from 2006-2018 worked approximately 34.5 hours a week. And according to Politifact, at most, only 310,000 out of 150 million employed Americans are working 70 to 80 hours per week—about 0.2% of the working population.

On top of her uninformed pontification and lies, AOC exposes her own hypocrisy. She complains about how poor everyone is, and how she wants to fix American poverty. Yet she tells the working class to boycott their source of income and let the economy go up in flames, because that will somehow make everything better. And every “policy” is forged in the name of resisting Trump. In a time when being able to go to work to provide for one’s family is becoming an unusual blessing, Rep. Ocasio-Cortez apparently thinks people would be better off not going to work at all.

Since COVID-19 began ravaging America, suicide hotlines have seen a 300% increase in traffic. Mental health issues, drug overdoses, homelessness, domestic abuse, and other negative outcomes are becoming growing concerns in the fallout of this crisis. But now, more than ever, AOC’s disdain for Donald Trump outshines her concern for her constituents—and for the survival of the American people.

UP NEXT
Obey God, then love your neighbor