Which poses the bigger threat: Government or Coronavirus? 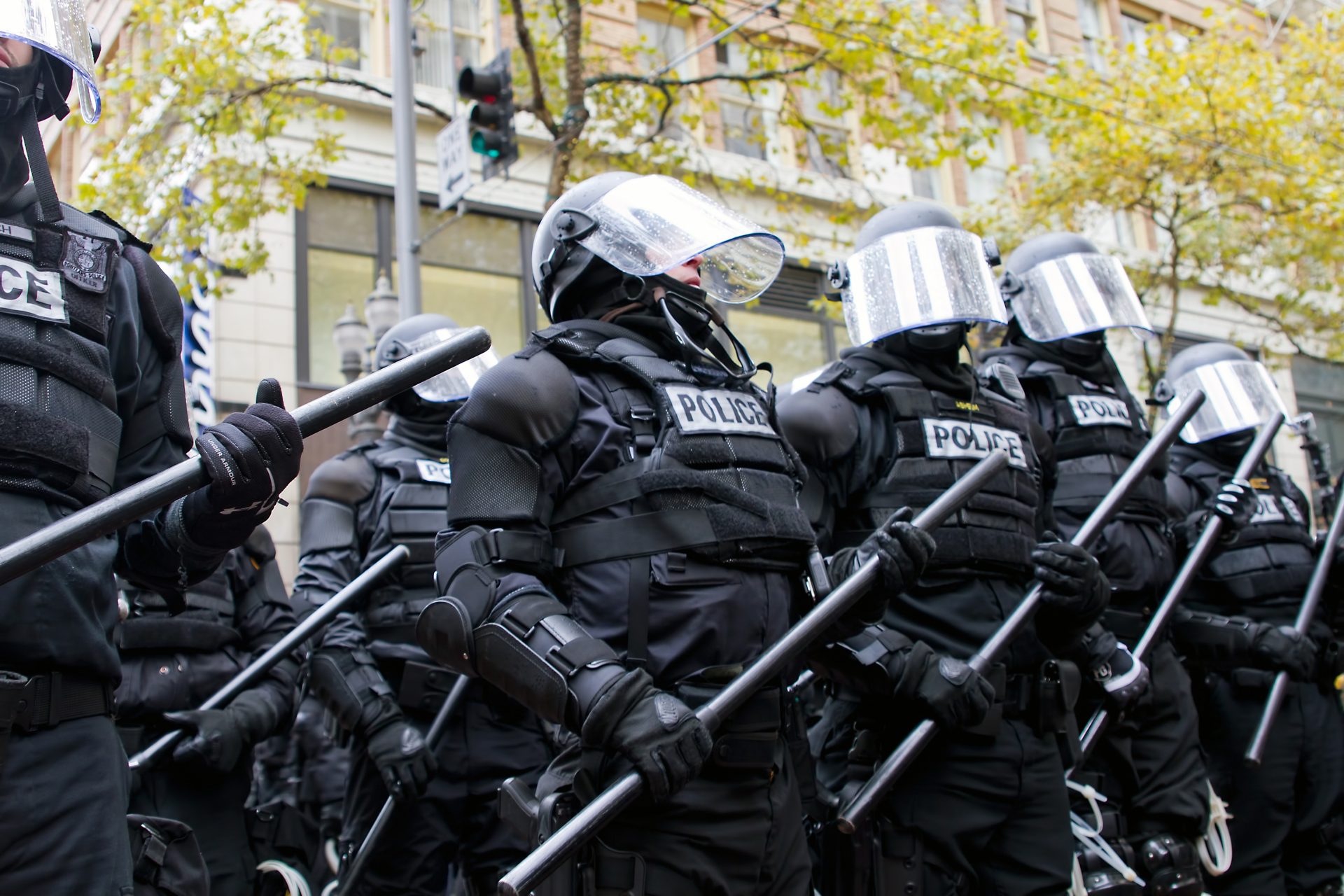 This statement encompasses the foundational concept that our nation was founded on, the principles enshrined in our founding documents and the principles we are unfortunately fighting viciously to keep: Life, liberty and the pursuit of happiness. These rights that precede any government— rights that are graciously bestowed unto us by God.

The core of America’s founding was to be a religious safe haven as an insurgence against government tyranny. The Separatists were called “Separatists” because they divided  from the Anglican church of England, fleeing to Holland. While they did not particularly undergo religious persecution in Holland, they felt there was something left to be desired, bringing them to The New World in 1620.

On July 4th, 1776, The American Dream was birthed as the tyrant King George III and his army were defeated- solidifying our independence.

Fast forward a few centuries later and we find ourselves with a death grip on these liberties- most recently evidenced in the COVID-19 pandemic.

As coronavirus dominates the global news cycle, we have seen just how violent and dangerous a sizable government can become. The communist Chinese government suppressed crucial information about the virus to cover their tracks. They betrayed their citizens, their ally’s and the entire world, and we have all felt the horrific ramifications of their misconduct.

This evil masking of life-saving information sent America into a frenzy. The entire country has essentially come to a screeching halt.

Almost every Governor in the country has declared ‘stay at home’ orders, which in turn has caused businesses to shut down, churches to close their doors and has robbed citizens of their freedom of assembly. Many businesses have been directly forced to close, being deemed “non-essential.” Churches are being threatened in a similar fashion, as separation of church and state is under attack.

Do Americans have a responsibility to cooperate with necessary precautions like social distancing and avoiding large gatherings? Absolutely. That is not the question we should be asking. The question we should all be asking is: should the government be ramming it down our throats and making defiance of these orders punishable by law?

Probably not. But they are.

On March 31, a Louisiana pastor was arrested and charged with misdemeanors after holding a worship service for his congregation despite a statewide ban on ‘large gatherings.’

As of April 3, Hobby Lobby announced closure of their stores after defying Colorado orders to shut down, sparking vast criticism. The store was sent a cease and desist letter for violating these new orders.

Also this week, a paddleboarder was arrested in Malibu for being out on the water, charged with “Violating Gov. Gavin Newsom’s stay-at-home order, a misdemeanor” and is facing 6 months in jail, a $1,000 fine or both.

Most shockingly, on April 4, former HGTV star David Benham was arrested outside an abortion clinic- which has been deemed an ‘essential business’- for also violating stay-at-home orders. Benham was providing counseling to lady’s at the clinic.

Ted Cruz took to Twitter to support Benham, saying he was “Unconstitutionally arrested… Governor Cooper should be ashamed.”

Benham was there with his recognized non-profit organization, Cities For Life when he was arrested.

“We are an essential business completely cleared,” Benham said to Fox News. “We were way above board, and yet they still targeted me.”

A few weeks of big government in America is already making people miserable.

While the government is busy arresting people for getting in the water, worshipping God and trying to save the lives of the unborn, they are releasing sex offenders under the same guise of ‘protecting the people’ from the virus. In late March, a New York prison released 50 prisoners, among them 8 sex offenders, in an attempt to slow the spread of coronavirus.

Now, aside from the fact that sex offenders are back on the streets at the price of the American people, our government is now directly implementing orders that are costing people their jobs, collapsing the economy, and directly violating the Establishment and Free Exercise clause explicitly stated in our Constitution:

“Congress shall make no law respecting an establishment of religion, or prohibiting the free exercise thereof…”

Perhaps the most blatantly unlawful of all of these is the idea that pastors and church goers can face criminal prosecution for gathering in a sanctuary to pray and worship God in the face of an infectious disease- a practice that, for many, is their only hope.

With the coronavirus as a prime threat to the safety and health of the country, and with the government cracking down on every move people make, it begs the question: Which poses the bigger threat?

While states have taken it upon themselves to deem jobs that feed families ‘non-essential’, it has come at a horrific price: suicide hotlines have reported an increase in traffic of 300% or more, domestic violence reports are on the rise, unemployment is naturally skyrocketing at historic rates and quality of life for millions has seemingly diminished. What has become essentially a free-trial for socialism has been an unsettling realization of its deprivation of basic human rights.

None of this is to suggest that the government should sit around, do nothing and let the world burn. That would be silly. A civilization without law and order is chaos. It is to suggest that to strip people’s means of survival and tell them to sit around and wait for a check from the government, and to tell pastors that they will be arrested if they gather to worship is the same infringement that our founding fathers dedicated their lives to standing up against.

We must be ever-so-weary of the magistrate’s influence on our fundamental religious liberty and livelihood, and ensure that our unalienable rights are preserved by the government, not decided by it.

DON'T MISS
Vince Ellison: How liberals use race to divide Christians and America

UP NEXT
Mark “Oz” Geist, Benghazi survivor, talks on heroism, faith, and service to country 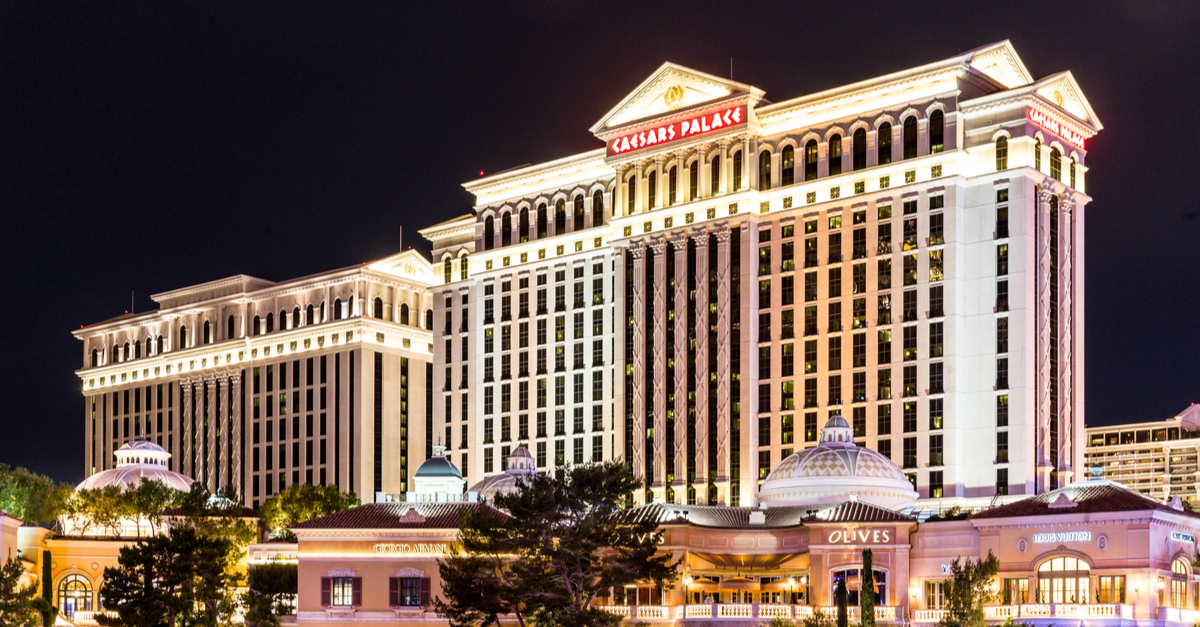 America must send s clear message to China that, while we pray we never go to war with them, we will NEVER allow their evil communist regime to exert any power or authority over the United States. We will defend our great nation from all evils, foreign and domestic. @SenTedCruz

When someone advises to follow your heart, reconsider the value of their counsel. Our hearts are deceitful & they often lead us to what we want to do rather than to what we should do. Don’t follow your heart. Through prayer & devotion to Jesus, seek God’s heart & follow His will.

To gather as a unified body of believers and worship our Creator is the essence of who we are in Christ. We live to worship Him!
#ChurchIsEssential #WorshipIsEssential
@CBillingsley

The Black Lives Matter organization does not care about black lives, they care about power; and they are pushing for outright neo-Marxism to achieve it. Their name is far removed from their aim.

"There is no world in which the Constitution permits Nevada to favor Caesars Palace over Calvary Chapel.” -Justice Neil Gorsuch. #ChurchIsEssential
-
-
-
Via @johnwesleyreid
https://www.falkirkcenter.com/2020/08/07/pence-you-dont-give-up-your-constitutional-liberties-even-in-a-pandemic/ 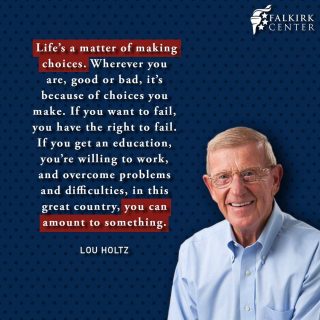 Open
The left likes to argue that abortion is their cho 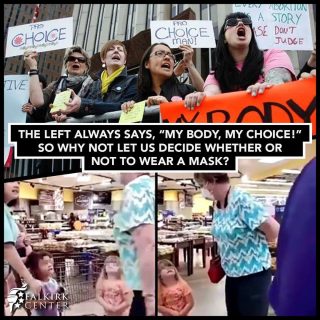 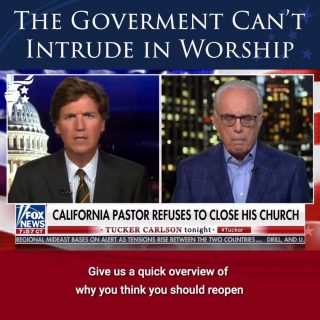 Open
Dear government, We say ENOUGH. You will not tell 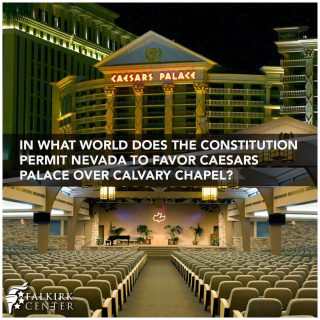 Open
Christians must not cower from speaking truth. We 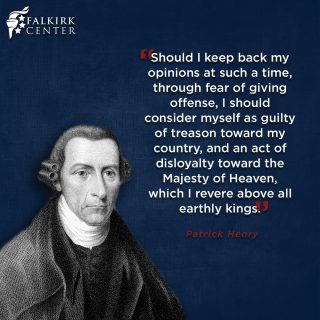 Open
Thank you to everyone who tuned in to Falkirk Cent 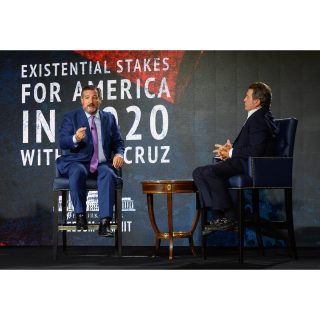